TBILISI, Georgia, Oct. 1 (UPI) -- Monday could be a make or break day for a president in Georgia accused of monopolizing power since the 2004 Rose Revolution, an analyst said.

Mikheil Saakashvili and his United National Movement rose to power after the Rose Revolution ousted former President Eduard Shevardnadze, a former Soviet foreign minister, from the leadership position in 2004.

Thomas de Waal, an associate at the Carnegie Endowment for International Peace, explained to CNN that constitutional reforms set to go into effect when Saakashvili's term ends in 2013 will transform the government from a presidential system to one led by a prime minister.

"There will no longer be a strong man or stakeholder of power and I think that is a fair system because in democracy there are checks and balances for different people," the Georgian president was quoted by the cable broadcaster as saying.

Saakashvili's ruling party holds about 80 percent of the seats in Parliament. His critics say he's monopolized his power since the revolution. He was faulted for pushing his country to war with Russia in 2008.

The Organization for Security and Cooperation in Europe said it would have a news briefing Tuesday to unveil the report from its observer mission. Parliamentary elections in 2008 were considered fraudulent.

Radio Free Europe/Radio Liberty reports there were protests in Tbilisi ahead of voting Monday. A video tape depicting the sexual abuse of detainees by guards at prison in the country sparked national outrage ahead of the voting. 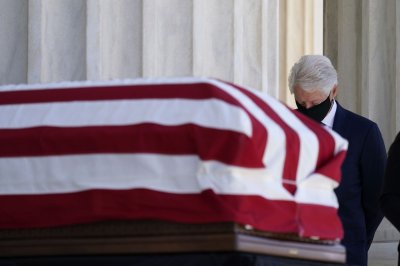