Khamenei: Nuclear weapons are a 'sin' 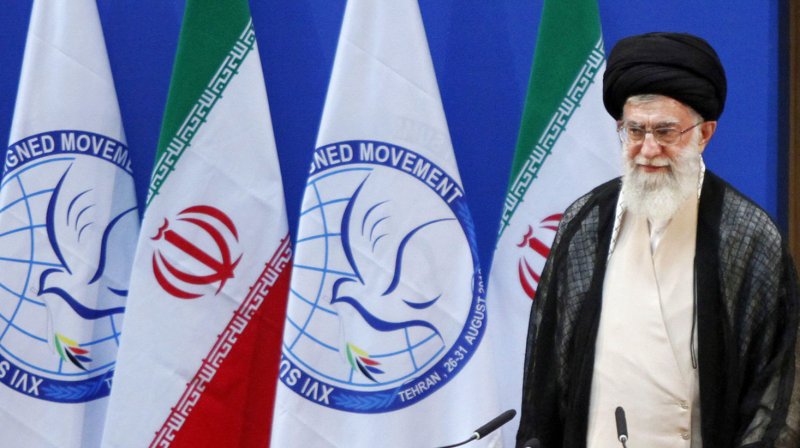 TEHRAN, Aug. 30 (UPI) -- Iran's supreme leader said Thursday that, while nothing could persuade the country to give up peaceful nuclear work, Iran has never sought a nuclear weapon.

Iran this week kicked of a summit for the 120-member Non-Aligned Movement. The meeting comes amid concerns expressed by the International Atomic Energy Agency that there may be certain military aspects to parts of Iran's controversial nuclear program.

An Iranian lawmaker said before the summit that Tehran could form "a new and powerful front" to make it easier for NAM members to gain access to peaceful nuclear technology.

"I stress that the Islamic republic has never been after nuclear weapons and that it will never give up the right of its people to use nuclear energy for peaceful purposes," he was quoted by the Tehran Times as saying.

Egyptian President Mohamed Morsi handed the NAM presidency over to his Iranian counterpart Mahmoud Ahmadinejad during the summit. Full diplomatic ties between both countries were severed 30 years ago.

Morsi sparked controversy when he told NAM delegates that Syrian President Bashar Assad "had lost all legitimacy," Egyptian news agency al-Ahram reports. The Syrian delegation at the summit walked out of the Egyptian president's speech.