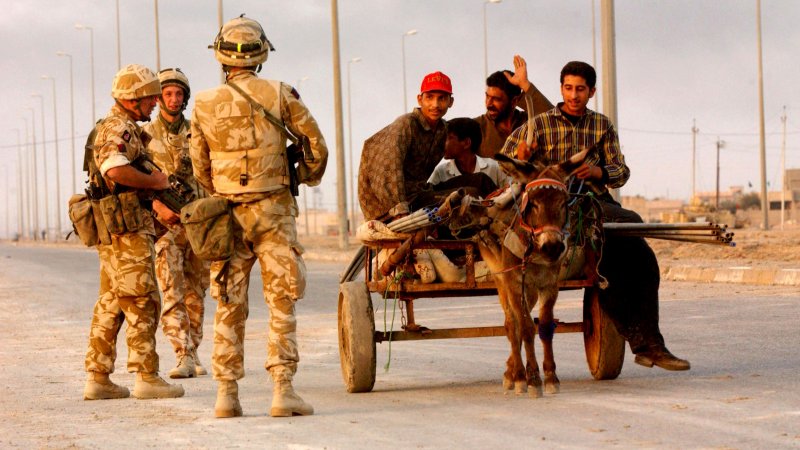 A burrow pulls a wagon of Iraqis past a checkpoint of British troops, just outside of the city of Basra. UPI File/Chris Corder | License Photo

LONDON, July 17 (UPI) -- A London inquiry into the British government's role in the Iraq war has been delayed to mid-2013, a year later than expected, the top investigator said.

British Prime Minister Gordon Brown in 2009 called for an inquiry to examine the 8-year period beginning with the push for war in 2001 to July 2009 when British forces ended their mission there.

A final report from the inquiry, led by John Chilcot, was expected this year. Chilcot, however, said the report wasn't expected until the middle of next year.

"Writing a report covering so wide and complex a time period necessarily takes time," he said in a statement. "Whilst writing the report, we are also simultaneously seeking the declassification of much relevant material so the public will understand why and how the Inquiry has reached its conclusions."

The inquiry last week published 40 letters, testimonies and transcripts related to the investigation. In a letter to British Prime Minister David Cameron, Chilcot said there were "a number of particularly important categories of evidence" that needed to be addressed.