LONDON, July 6 (UPI) -- Britain has banned the Indian Mujahedin from operating in the country, labeling it a terrorist organization.

Minister for Crime and Security James Brokenshire told the House of Commons IM ''has frequently perpetrated attacks against civilian targets ... with the intention of maximizing casualties," the Online International News Network reported Thursday.

Brokenshire continued, "We believe that there is ample evidence that IM is concerned in terrorism and I believe it is right that we add the organization to the list of proscribed organizations," and British parliamentarians subsequently voted unanimously to ban the group in Britain.

Following the ban, it would now become an offense under the Terrorism Act 2000 to be a member of the organization.

British and Indian security officials believe the IM was involved in the Mumbai terrorist attacks in November 2008 in which at least 165 people died.

"IM wanted India to become an Islamic state, governed under Shariah law, and that the group had threatened British tourists in India," Brokenshire concluded. 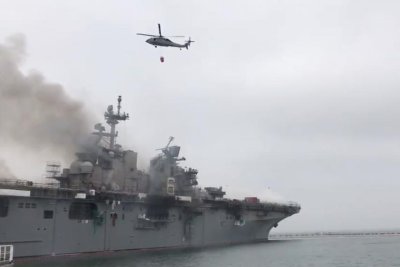