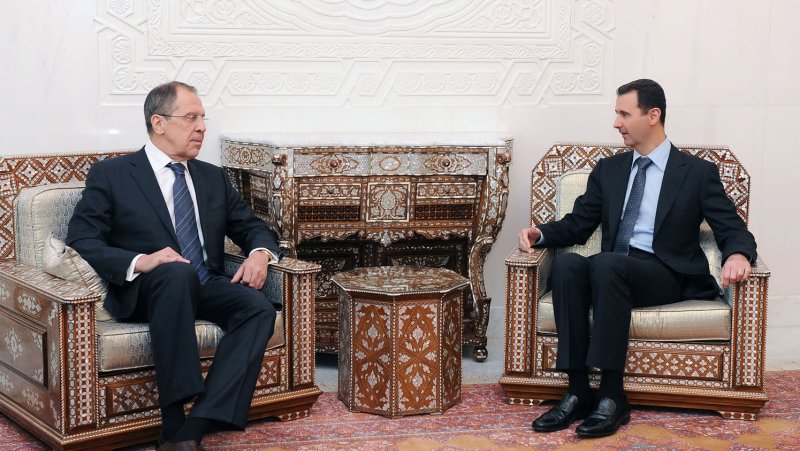 Standard Club said that it revoked coverage to Russian cargo vessels, including the MV Alaed, in response to the sanctions.

"We were made aware of the allegations that the Alaed was carrying munitions destined for Syria," the company said in a statement. "We have already informed the ship owner that their insurance cover ceased automatically in view of the nature of the voyage."

MV Alaed was transporting Mi25 attack helicopters purchased by the Syrian government during the Soviet era.

U.S. Secretary of State Hillary Clinton last week criticized Russia for sending attack helicopters to Syria but the State Department softened its position after it emerged the shipments weren't for new military hardware.

Western sources told the British newspaper the latest furor over Russia's stance on Syria is a sign the tide is turning.

"They (Russia) project strength but know their position in Syria is actually a weak one," the source said on condition of anonymity. "It may be this is a last throw of the dice."

Russia is a major weapons supplier to Syria. As a permanent member of the U.N. Security Council, Moscow has used its veto threat to oppose any formal censuring of Damascus for the 15-month conflict.