BRUSSELS, Aug. 26 (UPI) -- An uncertain political outcome in Libya is tying the hands of EU and NATO decision-makers as they weigh options in response to the government-led bloodbath in Syria.

Neither direct military action nor support to an armed opposition is among options that can be seen as being available to an overburdened NATO.

Despite the relative success of NATO-aided ground action in Libya, supplemented by covert arms deliveries by member nations, notably France, the Libyan scenario still is fraught with dangerous imponderables.

Even if the NATO leadership thought they knew something about the people populating the Transitional National Council in Libya, their informed assessments of the opposition in Syria are threadbare at best.

There's no armed opposition, no coherent political opposition or an opposition-in-exile articulate and savvy enough to offer itself as a viable alternative to President Bashar Assad.

Instead, there's a daily toll of apparently unarmed groups and individuals being killed in unremitting violence by Assad's government.

How to deal with this? U.S. administration officials welcomed the latest Arab League initiative to restrain Assad and called on Arab partners in the region to "tighten the noose" on Damascus.

RELATED Oil workers to return to duty in Libya?

U.N. High Commissioner for Human Rights Navi Pillay cited the mounting death toll -- more than 350 in August -- amid hints more energy might be put into U.N. efforts to pressure Syria, despite clear indications they won't work unless China and Russia join in.

Other factors will work against a "Western" intervention in Syria. While Libyans at large are ambivalent about NATO and the West, despite having accepted their help, Syrians on the whole are convinced nothing good can come out of the West for them. The fact that part of Syria has been under Israeli occupation since the 1967 Arab-Israeli war rankles and the wounds are deep.

British Deputy Prime Minister Nick Clegg said: "For the sake of the Syrian people, it's time for Assad to go. He is as irrelevant to Syria's future as Gadhafi is to Libya's."

However, skeptics point out that the Gadhafi episode isn't quite over in Libya and the West remains selective in its approaches to political change in the Middle East.

In an apparent response to that criticism, Clegg said the West had been wrong to support leaders who no longer enjoyed popular support.

He said while some regimes in North Africa and the Middle East had fallen, there remained urgent need for reform in Bahrain, while Yemen suffered a stalemate.

"Different states were always going to move at a different pace and in different ways. Oppressive regimes were never going to tumble like dominoes. Nor were they going to change their ways overnight," Clegg said.

"The picture is very mixed and there is uncertainty over where things will go next."

Some Syrian analysts are interpreting the Libyan outcome with grim scenarios. Sami Moubayed, editor in chief of the Forward magazine in Syria, wrote the Libyan conflict could trigger optimism that military action could also work in Syria.

"Now world leaders might be thinking that the military campaign was not as bad as it seemed and although Syria doesn't have the same wealth to pay off a war effort as is the case with Libya, an operation could be financed by some (Persian) Gulf countries, for example, if its end results were 100 percent guaranteed," Moubayed wrote in a blog carried by Asia Times Web site.

"The fundamental difference between Syria and Libya, however, is that unlike Libya -- where rebels called for foreign intervention from day one -- many Syrians do not want a NATO attack as it is feared this would only strengthen the state and rally ordinary Syrians around the government."

Military intervention would create unbelievable damage to the economy, infrastructure and morale, he said.

"Additionally, Syria is not Libyan wasteland; a country that is underdeveloped, plain and empty. To state the obvious, although very large in territory (the 17th largest in the world) Libya has only 6 million people divided mainly between Benghazi and Tripoli, whereas Syria is packed with 22 million people," Moubayed said.

The Syrians feel that they can solve their problems on their own, whether by democratizing the regime, keeping it as it is or bringing it down completely, said Moubayed. 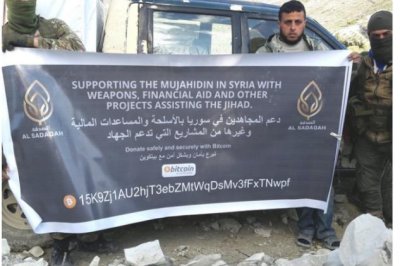