Outrage over Baha'i indictment in Iran

An indictment against seven members of the Baha'i religious community in Iran accuses them of "espionage for foreign elements, propaganda against the regime, establishing and developing an illegal organization and collaboration with the tyrant regime that has occupied Jerusalem," according to documents reviewed by Radio Zameneh, a Persian broadcaster in the Netherlands.

The court accuses the group of collaborating with "foreign elements" with the intent of "distorting" the reputation of the Islamic republic.

Diane Alai, a representative of the international Baha'i community, said the indictment was an attack on religious freedom, adding defense lawyers had to force their way into court proceedings.

Iranian law does not recognize Baha'ism, a faith founded in 19th century Persia, as a legitimate religion. A ban on the Baha'i activities was imposed in 1983.

"We are deeply concerned about Iran's ongoing persecution of Baha'is and treatment of other members of religious minorities who continue to be targeted solely on the basis of their beliefs," the U.S. State Department said.

The indictment follows the arrest of several Baha'i members accused of inciting violence during Ashura Day protests in 2009.

Health officials: Quick work for COVID-19 vaccine a 'risk we have to take' 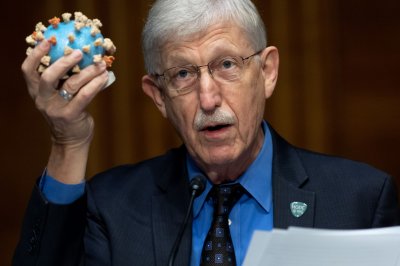