The effort is being led by Jaish Rajal al-Tariqah al-Naqshbandia, a Sunni group of former officials and soldiers of the Saddam Hussein regime that is tied to a faction of the "New Baath Party" led by Izzat Ibrahim al-Douri.

Douri, a deputy of the former dictator and on the run, is high on the list of people targeted for detention by both U.S. and Iraqi authorities.

"This group has (increasing) popular support whether they advertise themselves as JRTN or as an umbrella organization to justify their cause," a U.S. Army intelligence officer said on condition of anonymity. "We believe now that JRTN's intent is to coalesce as many insurgent groups … under a common theme of removing the occupiers (the Coalition Forces) from Iraq and, second, to overthrow the government of Iraq for a Baathist regime or something similar."

Jaish Rajal al-Tariqah al- Naqshbandia translates as The Men of the Army of al-Naqshbandia Order. Its formation was announced on the day in 2006 when Saddam was executed by the Maliki government for crimes committed during his regime. Naqshbandia is a school or sect of Sufism, a more mystical form of Islam. Douri is an adherent and is believed to be using the reference to give a religious shading to the group.

JRTN has claimed responsibility for a number of bombings around the country since its inception and has been active in and around Mosul, the northern city that remains a hotbed of insurgency despite U.S. and Iraqi government security efforts. U.S. military officers said JRTN came to their attention in Diyala province, south of Mosul and north of Baghdad, this year. Hamas-Iraq, a Sunni group, staged a series of grenade attacks in Baquba, the provincial capital. When the cell was eventually rolled up it was discovered JRTN had facilitated them.

There have been meetings between various insurgent groups' cells and JRTN, U.S. officers said, but by the cell structure of the insurgency some groups may not realize those who facilitate their activities with money, weapons, intelligence and safe houses may belong to different groups.

"There is a blurring of the organization, who they are associated with, who at any given time they are exploiting," the intelligence officer said. "Sometimes some of the groups perceive, in fact, that they're working for their organization only to discover later that several tiers up they are actually being facilitated by another."

JRTN, sources said, is gaining ground by drumming a cross-sectarian nationalist beat and spreading it through the Internet, satellite television and word of mouth. The message is that U.S. forces are occupiers, to attack them is patriotic and heroic and will hasten their departure, which is set for the end of 2011 at the latest. Differences among groups should be put aside in an "enemy of my enemy is my friend" practicality.

JRTN facilitation -- money, weapons, information, safe-houses, etc. -- for groups such as Ansar al-Sunna, 1920 Revolutionary Brigade, Jaish Islamiyah and Islamic State of Iraq, comes with a price, sources said. The attacks that take place must be videotaped and the tape given to JRTN, which places them on the Internet and on al-Ra'y satellite television, a Syrian station tied to Izzat's wing of the New Baath Party.

The station's programming theme echoes that of JRTN: attacking U.S. troops is patriotic, Iraq's central government collaborates with the occupier, that there must be unity of resistance.

"The biggest danger now from JRTN is the potential threat it poses, not the current threat," said Col. Burt Thompson, commander of the 1st Stryker Brigade Combat Team of the 25th Infantry Division in Diyala province. "They are steadily getting their doctrine turned into dogma, reaching out to see what's possible, looking at conditions, trying to create an environment favorable to them and the return of a Baathist government.

"They know Coalition Forces aren't going to be here much longer, they know there are certain challenges the central and local governments face and they can exploit. They've got their pulse on the situation. They've got a strategy and are waiting us out."

Diyala is northeast of Baghdad and has been a main transit point for insurgents traveling between Baghdad and Mosul. On its eastern border is Iran. The province has a Sunni demographic majority and was once the center of al-Qaida's caliphate before Sunni militias, fed up with al-Qaida's draconian rules and violence toward ordinary Iraqis, joined with U.S. and Iraqi forces to push them out of the province.

Diyala, an agricultural area, is ripe for JRTN's maneuvering. It's roiled by drought, high unemployment, tribalism, political/sectarian rivalries and discontent with a central government that has been slow in rebuilding efforts and slow in providing promised government jobs for thousands of SOI, the Sons of Iraq community guards who helped U.S. forces in the fight against al-Qaida. Those guards were transferred from U.S. control and payrolls to the Iraq government earlier this year.

U.S. authorities are reluctant to give an estimate on the number JRTN operatives in Diyala province or the number of high-level, hardcore members of other groups. It could be 100 or more. But lack of jobs in the province means a ready pool of men and women who will perform tasks for insurgent groups in exchange for money to feed families, if history is anything to go by.

To help shore up security in the province, once the seat of al-Qaida's self-proclaimed caliphate in Iraq, Iraqi security forces with U.S. support have launched Operation Glad Tidings of Benevolence II. Since May 1 more than 300 people have been detained, about one-third of them specifically for terrorism-related offenses, U.S. Army figures indicate. About 60 suspected militants have been killed and more than 100 caches of illegal arms and munitions found. 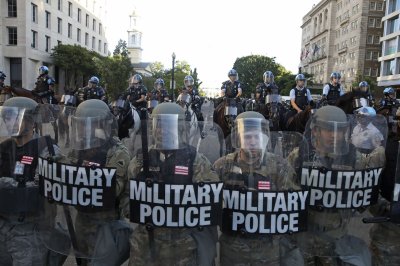