Outside View: What to make of Rafsanjani's disqualification

WASHINGTON, May 28 (UPI) -- The Iranian regime's presidential election, which is scheduled for June 14, took several dramatic turns last week when the Guardian Council disqualified former President Ali Akbar Hashemi Rafsanjani, who had surprised everyone by standing in for the elections.

In the theocratic regime of Iran, Supreme Leader Ali Khamenei holds absolute power and ultimate authority on all matters relating to foreign policy and national security, including the nuclear file.

Still, the candidacy of Rafsanjani posed perhaps the greatest challenge to the ruling clique since the death of Ayatollah Ruhollah Khomeini, the founder of the Islamic Republic in 1989.

But Rafsanjani is no light weight and the decision to bar him will have serious implications for the totality of the regime.

RELATED Rafsanjani speaks out after disqualification

Since the inception of the clerical regime in 1979, Rafsanjani has always been the No. 2 figure after Khomeini. At that time, Khamenei was a low-ranking cleric from the city of Mashhad.

Rafsanjani, as he recently reminded everyone, almost singlehandedly raised Khamenei's profile and secured his presidency in 1981. After Khomeini's death, Rafsanjani was instrumental in installing Khamenei as the new supreme leader.

Rafsanjani has always been a kingmaker in the regime and he wants to make sure that Khamenei never forgets the immeasurable debt he owes to him.

The 2009 post-election uprisings were brutally suppressed by the regime in large measure due to the West's misguided reluctance to proactively side with the Iranian street. Nevertheless, the regime failed to put a lid on its deepening divisions.

Since then, Khamenei's authority has been significantly eroded and the incumbent President Mahmoud Ahmadinejad began to challenge him openly. Ahmadinejad handpicked Rahim Mashaei as his successor to keep the presidency within his own faction, only to be stymied by the Guardian Council.

This widening internal rift, coupled with the crippling impact of international sanctions on Iranian economy and the faltering state of the Assad regime in Syria, which is Tehran's main strategic regional ally, has significantly dented the Supreme Leader's aura and authority, thereby accelerating the regime's ultimate demise.

This explains why Rafsanjani, who until now was marginalized and driven into the shadows, had once again felt emboldened to make a last ditch effort to claim his share of power.

Indeed, anticipating Ahmadinejad's defiance and Rafsanjani's ambitions, the Khamenei faction had unleashed an extensive propaganda blitz to discredit and, at the same time, threaten the current and former presidents, calling Mashaei "deviant" and Rafsanjani "seditious." But these efforts failed to dissuade Rafsanjani from pushing ahead with his challenge.

So, the regime, which had emerged out of the 2005 elections relatively unipolar and monolithic, is now fragmented as never before, splitting into three major irreconcilable camps. Khamenei's cronies in the Parliament and elsewhere vociferously urged the Guardian Council to disqualify Rafsanjani and Mashaei, days before this unelected watchdog made its announcement.

In reality, when Rafsanjani stood for the elections, Khamenei was caught between a rock and hard place. None of the options seemed appealing, either to disqualify Rafsanjani outright or swallow his pride and in effect share power with Rafsanjani as president.

Khamenei finally chose to take the "nip in the bud," option, which seems to be, on the surface at least, the less risky option.

By disqualifying Rafsanjani, however, the Supreme Leader further eroded the regime's power base and delegitimized the regime and its election in the eyes of the most inner circles of the regime.

The bad news for Khamenei is that the windfall gains of four major regional conflicts -- the 8-year Iran-Iraq war in the 1980s, the first Persian Gulf War in 1991, the war in Afghanistan in 2001 and the foolhardy invasion of Iraq in 2003 -- which had him to not only attack the regime's democratic opposition but also consolidate power internally, have receded.

One thing is for sure: Whatever the outcome, Khamenei and the ruling clique will emerge much weaker and more vulnerable. The regime's political star is dimming and this will significantly improve the prospects of democratic change by the Iranian people and their organized opposition. As such, the United States can ill-afford to be a passive bystander and squander the opportunity this time around as it did in 2009.

Instead of investing in either of the regime's factions, Washington should shift gears altogether,and evolve its policy from seeking behavioral change to standing with the millions of Iranians who have lost faith in the ballot box long ago, and are longing for a democratic, non-nuclear and peaceful Iran.

(Alireza Jafarzadeh is the author of "The Iran Threat" (Palgrave MacMillan; New York 2008) and a regular television commentator on Iranian affairs.) 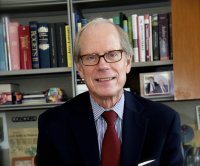 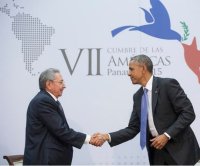 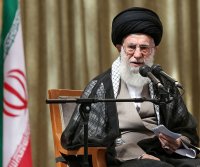