Outside View: Cynical thoughts about Afghanistan

KABUL, Afghanistan, July 15 (UPI) -- Will the epitaph of the war in Afghanistan be motion without progress and knowledge without wisdom?

After one particularly bloody day both for coalition and Afghan forces, one wonders.

Many will recall the widely published, busy slide describing the current situation in Afghanistan. To which U.S. Army Gen. Stanley McChrystal responded, "When we understand that slide, we'll have won the war."

A more appropriate response would have been "If we follow that slide, we will lose the war."

Nevertheless, the military organizations and processes now operating in Afghanistan seem as complicated and convoluted as that slide. There appears to be numerous stove-piped and redundant programs operating in parallel and offering little more than a collection of simultaneous arguments. The information being generated and shared is far greater than any organization can absorb, let alone analyze and understand.

Command briefings become nothing more than the same updated Power Point slides presenting data about daily operations, 12 of this and 23 of that, providing little genuine situational awareness.

At least from my position in the food chain, we are in dire need of a surge in simplicity, critical thinking and productive labor.

One promising program, initiated by McChrystal and endorsed by Gen. David Petraeus, is the Afghan Public Protection Police. The concept isn't new. A number of iterations of this program have been tried under other names such as the Local Defense Initiative and the Village Stability Program.

The aim of this bottom-up approach is to arm and train local villagers to defend themselves against the Taliban. The purpose is to provide security in areas, where the coalition or Afghan forces cannot maintain a continuous presence and, thereby, prevent the Taliban from establishing itself.

Unfortunately, it may be nipped in the bud.

The Washington Post reported a disagreement occurred in a meeting between Petraeus and Afghan President Hamid Karzai over an expansion of the village defense program. Petraeus favors it, while Karzai expressed concern about creating "a force that will be viewed as a private militia" and the Afghan government's inability to prevent the armed groups from warring among themselves.

Although a legitimate concern, such an explanation may actually be a smokescreen to mask the true objection, that village forces decentralize control, the Karzai government's control in particular.

That political tactic may accrue some short-term benefits but it could also generate secondary negative consequences for the country.

That is, it could fragment any delicate balance of power among tribal groups, which has historically favored stability in Afghanistan.

Before and during the Soviet occupation of Afghanistan there was a consensual balance of power among the ethnic groups, the first through political accommodation and the second due to a common enemy.

Subsequent to the Soviet withdrawal, a civil war broke out among Afghan tribal factions. The temporarily victorious Taliban weren't just hated for their rigidly fundamental interpretation of the Koran but for a perceived Pashtun hegemony.

Non-Pashtun groups will oppose any government that appears to be Pashtun centric, self-serving and self-perpetuating.

Success in Afghanistan has as much to do with the balance of power and those who wish to disrupt it as it does with combat statistics.

I hope we are wise enough now not to expect E pluribus unum anytime soon.

(Lawrence Sellin, Ph.D., is a colonel in the U.S. Army Reserve and a veteran of the conflicts in Afghanistan and Iraq. He is currently serving his second deployment to Afghanistan. The views expressed are his own and do not necessarily reflect those of the U.S. Army or U.S. government.) 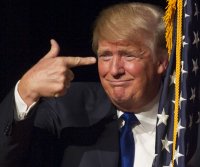