By
Sabahat Khan, The Arab Weekly 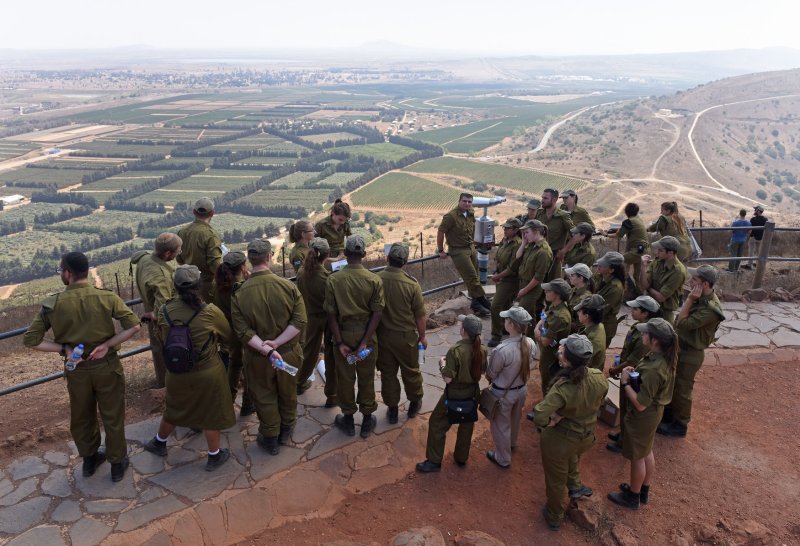 DUBAI -- When Hezbollah went to war with Israel in 2006, estimates suggest it had ap­proximately 13,000 short-range rockets. Now it could have more than 100,000, includ­ing weapons with greater accuracy, range and payloads.

Hezbollah has acquired the Rus­sian-made SA-17 "Buk," a medium-range air defense missile originally sold to Syria that has a range of 31 miles and can target aircraft flying at altitudes of 78,000 feet.

The SA-17, which Israel went to great lengths to prevent Hezbol­lah from acquiring, represents the Lebanese group's most potent air defense weapon and puts all Israeli aircraft within reach.

RELATED With eye on Israel, Hezbollah smuggles in missile parts by air

These developments represent a growing strategic threat for Israel. Add to it the possibility of Hezbol­lah establishing a presence in the Golan and the situation becomes especially troubling.

Israel captured the Golan Heights from Syria in 1967 during the Six-Day War and has occupied it since, effectively annexing it in 1981. In­ternational law officially recognizes the territory as Syrian, as do Israel's closest allies such as the United States, Britain and France.

There has always been a belief that Israel would return the Golan to Syria — with which it technically re­mains at war — in return for a peace deal and normalization of relations, similar to Israeli peace agreements with Egypt and Jordan.

Advertisement
RELATED Hezbollah shows off U.S. armored personnel carriers; U.S. wonders how they got them

During U.S.-brokered peace talks in 1999, Israel offered to return most of the Golan to Syria. How­ever, there has never been genuine approval among the Israeli public or its political and military leaderships to withdraw from the Golan.

In the buildup to the Geneva talks over Syria, Syrian President Bashar al-Assad again signaled a demand for discussions on the Golan but Israeli Prime Minister Benjamin Netanya­hu declared: "Israel will never leave the Golan Heights."

Years earlier, Israeli leader Yitzhak Rabin suggested that withdrawal from the Golan was "unthinkable, even in times of peace," saying it would be tantamount to "abandon­ing Israel's security."

With elevations of 6,000 feet in its north and covering 695 square miles, the Golan Heights is of great strategic importance. It extends like a finger to overlook northern Israel, north­ern Jordan, southern Lebanon and southern Syria.

The Golan is also a vital fresh water source — the headwaters of the Jordan River lie within it and it feeds the Sea of Galilee and Yarmuk River. The 1999 Israeli-Syrian peace talks failed because Israel was un­prepared to withdraw to pre-1967 borders, which would give Syria control up to the Sea of Galilee, which is considered by Israel as its most important fresh water source.

Israeli-occupied Golan, however, has become more important than just a heavily fortified buffer zone with Syria. It has more than 20,000 Israelis living in dozens of illegal settlements scattered around its southern approaches.

Before being seized by Israel in 1967, the Golan was populated by 130,000 Syrians. Israeli studies es­timate the territory could accom­modate 1 million people if properly developed. More than 40 percent of wines Israel exports are produced in the Golan, as are up to half of certain vegetables and fruit feeding Israel. With its climate and natural beauty, the Golan has developed an impor­tant local tourism industry.

The Syrian civil war has brought the Golan back into focus as the small Syrian-controlled side be­came a ground for clashes between the Assad regime and rebel groups such as Jabhat Fateh al-Sham — the rebranded al-Nusra Front. The Golan is from where Israel has been treating anti-Assad fighters, includ­ing JFS and al-Qaida, so they can return and fight Hezbollah, thereby creating a buffer.

Hezbollah wants to assist the As­sad regime in retaking restive areas south of Damascus from opposition fighters, which Israel aids. U.N. forc­es have observed people and cargo transfers across the Golan cease-­fire line as well as Israeli military interactions with Syrian fighters. Hezbollah also says Israel is prod­ding JFS to infiltrate the Lebanese border toward its strongholds in the south.

Hezbollah and Iran are mainly concerned with clearing the Golan — just 37 miles south of Damascus, providing a vantage point for moni­toring movements — of anti-Assad fighters.

If Hezbollah can develop an effec­tive front in Israeli-occupied Golan with its evolving capabilities and tactics, just its psychological effects would generate economic and so­cial repercussions.

The Israel-Hezbollah battle in Syria has been far from indirect — Israeli jets have conducted dozens of strikes against Hezbollah supply lines and high-value targets.

A retaliatory Hezbollah operation on an Israeli patrol killed two sol­diers. Skirmishes have continued since and, in July, Brig. Gen. Mohammad Reza Naghdi — head of Iranian Basij – visited the Golan.

The dichotomy is that anti-Assad fighters in the Golan both provide a temporary buffer for Israel against Hezbollah but also grant Hezbol­lah an excuse and opportunity to establish an operating base. It is becoming clear that, as Hezbollah Secretary-General Hassan Nasrallah declared, the Golan and southern Lebanon have effectively become a single front moving forward.

Voices // 2 days ago
In war-torn Syria, pandemic brings people to brink of starvation
Sept. 18 (UPI) -- Syrian President Bashar al-Assad may have warded off a nine-year rebellion against his government, but he is being tested with economic turmoil and civilian protests amid the coronavirus pandemic.

Voices // 3 days ago
Pessimists have been saying America is going to hell for 200 years
Sept. 17 (UPI) -- This is not the first time in American history that journalists, writers and intellectuals in general have cast a gloomy light about the future.

Voices // 4 days ago
Disagreement, lack of trust put America in crisis
California and the Pacific Northwest are overwhelmed by wildfires. The coronavirus pandemic is likely going to worsen. The economy is still fragile and protests persist over racial injustice. Solutions seem out of reach.

Voices // 5 days ago
Women are fighting the misogyny of Iran's mullahs
Sept. 15 (UPI) -- There were expressions of outrage and disgust internationally in August when a court in Iran sentenced a man to only nine years jail for beheading his 14-year-old daughter in an honor killing. 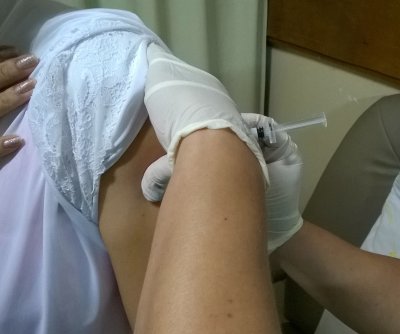 Voices // 6 days ago
Big pharma's safety pledge isn't enough to build trust in COVID-19 vaccine
Sept. 14 (UPI) -- Americans are increasingly concerned that regulators and manufacturers will rush a vaccine to market without an adequate review. 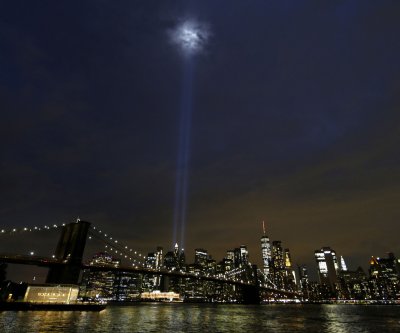 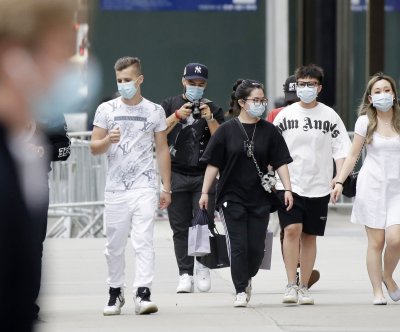 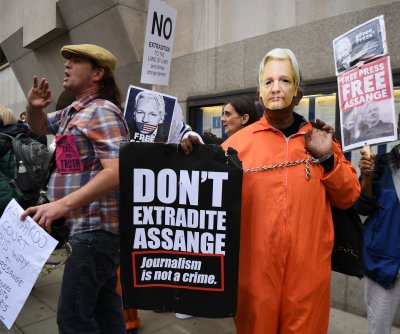