Vladimir Putin's not so secret, secret plan to gain influence

WASHINGTON, Oct. 17 (UPI) -- Five decades ago, a popular song in America was Doris Day's "My Secret Love." The American ambassador to Laos, William Sullivan, was increasingly upset that the Nixon Administration's cherished secret war in Laos in 1970 was being leaked to the press. Playing off the song's last line, Sullivan fired a cable to the White House concluding that if the leaks continued, "our secret war won't be a secret anymore."

Russian President Vladimir Putin's secret plan falls into a similar category--- but it ain't a secret. Over the past decade and a half, Putin has become convinced that the United States is no longer trustworthy.

The rot began in 2001 with the unilateral abrogation of the Anti-Ballistic Missile Treaty by George W. Bush, followed by the disastrous Iraqi intervention two years later that Putin insisted would be a catastrophe. The expansion of NATO, the stationing of anti-ballistic missiles in Europe and the overtures to Georgia and Ukraine to join the Atlantic alliance all convinced Putin that Russia was being physically surrounded, internationally marginalized and, worse, disrespected. The 2011 Libyan raid that catalyzed a civil war was the final straw.

In response to Putin's annexing Crimea and occupying a chunk of eastern Ukraine in 2014, sanctions have hurt Russia's fragile and petro-dependent economy, especially as oil prices tanked. The Russian Syrian intervention last year, in part, was to prevent that country from falling apart as Iraq, Libya and Yemen had. But few in the West or in Washington have understood Putin's plans or intent beyond believing he was re-establishing a new version of the old Soviet Union and menacing Europe.

In Moscow earlier this year, I congratulated (or accused) a number of senior Russian government officials for plagiarizing the Nixon two-pillar Persian Gulf doctrine. Both (Sunni) Saudi Arabia and (Shia) Iran under the shah were united against the greater threat of a Communist Soviet Union. My suggestion was that Putin was building both a Shia and a Sunni crescent in order to exploit one or the other and, if appropriate, to use one against the other -- a cynical, amoral and pragmatic plan. My Moscow interlocutors understood immediately.

Putin is allied with Shia Iran and Alawite Syria supporting Bashar al-Assad's regime. That Russian aircraft flew strikes from Iran and that Moscow is engaged in substantial arms and nuclear reactor sales is evidence. But Putin is also cultivating Shia Iraq through the Iranian connection. Most interestingly, the flirtation with Turkey after the shoot-down of a Russian fighter last November gives additional strength to his initiative.

Putin sees the West in disarray. Brexit weakens (dramatically in his view) both NATO and the European Union. The refugee crisis has imposed huge strains on Europe amplified by the fear of terrorists entering the continent to launch further attacks.

RELATED Russia, Armenia to set up joint air defense system in the Caucasus

America is in political paralysis. Beyond that, the Obama administration has signaled that it has no appetite to become bogged down in Syria and risk a military confrontation with Russia. Obama's initial desire to withdraw from Iraq and Afghanistan was overtaken by the Islamic State and the re-emergence of the Taliban. The lame duck White House has three months left in office. And Obama's successor will not have a team in place for months thereafter.

Putin's aims are clear. He wants to enhance Russian influence along with physical and economic security. Building a Shia and/or Sunni crescent partially accomplishes the former. Relieve sanctions deals with the latter. That could arise by offering to negotiate seriously over Ukraine or possibly Syria.

Further, increasing Russian influence and prestige at the expense of the United States, NATO and Europe can be achieved through rhetorical bombast and more than a casual reference to military force. Hence, deploying Iskander missiles into Kaliningrad that threaten Europe is readily understood. And the overture to Turkey, especially when Iraq is preparing to retake Mosul, compounds Ankara's fear of greater Kurdish involvement reinforcing President Recep Erdogan's current refusal to support this operation.

What should Washington and Brussels do? First, understanding Putin's motivations is vital. Then, implementing a reverse strategy for neutralizing Putin's Shia and Sunni construct regarding Riyadh and Tehran is crucial. Second, Putin wants respect and recognition. A final summit to resolve some of these pressing issues with Putin is high risk. But this is a risk worth taking. Sanctions are one lever. Implementing a reverse strategy in the region is another.

The questions are will Obama listen and will he lead in his remaining days? The world awaits.

Voices // 14 hours ago
Arctic climate change: Recent carbon emissions worse than ancient methane
April 2 (UPI) -- The Arctic is predicted to warm faster than anywhere else in the world this century, perhaps by as much as 7°C. These rising temperatures threaten one of the largest long-term stores of carbon on land: permafrost. 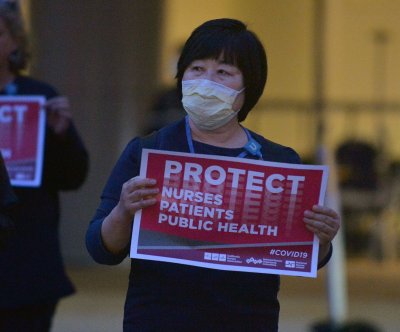 Voices // 1 day ago
'Let them eat cake': Trump salesmanship at odds with coronavirus reality
Why is it that whenever I see President Donald Trump's near daily televised briefings on the coronavirus pandemic I am often reminded of Marie Antoinette?

Voices // 2 days ago
Catholic church, tech firms join call for transparency in AI
March 31 (UPI) -- The Catholic Church joined with technology companies last month to release the "Rome Call for AI Ethics" in what it hopes will lend meaning if not governance frameworks for the use of artificial intelligence. 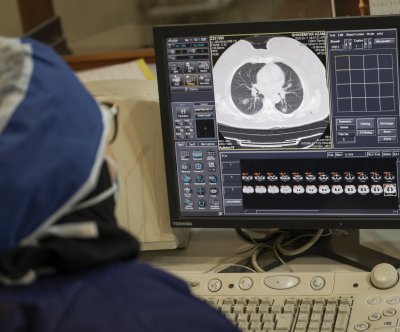 Voices // 3 days ago
Stupidity, incompetence add to coronavirus danger in Iran
March 30 (UPI) -- While the lies and deception over the coronavirus pandemic continue, the people of Iran are dying. 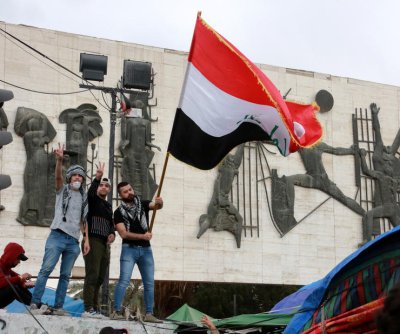