Greg Zanis set up 49 memorial cross in remembrance of the victims of the Pulse nightclub massacre in Orlando, Fla., on Thursday. Photo by Gary I Rothstein/UPI | License Photo

From Aurora to Sandy Hook and San Bernardino, and now Orlando, gun violence in the United States is killing by orders of magnitude far more Americans than died in action in Iraq and Afghanistan or the 58,000 American dead in Vietnam. To many, this is an epidemic and limits on guns are long overdue. To others, the right to keep and bear arms is enshrined in the Constitution and any imposition is intolerable.

The crux of the problem lies elsewhere. In the simplest of questions, can people read or not? For those who have not read the Second Amendment of the Constitution, here are its 25 words:

A well-regulated militia, necessary to the security of a free state, the right of the people to keep and bear arms, shall not be infringed.

A well-regulated militia is the operative yet forgotten or ignored phrase. The drafters of the Constitution and its Bill of Rights were very specific in their intent. It was the militia, controlled by each state that was the means through which citizens would keep and bear arms.

Confirming this conclusion, the Constitution (much to the later chagrin of our land forces) required that the nation "maintain a navy" and "raise an army." The meaning was unambiguous. The nation would not keep a large standing army. Instead, it would rely on states' militias for defense and security until an emergency necessitated raising a more substantial force. Militias would provide the security for each state and also serve as a check and balance to the power of the federal government.

Perhaps today, with a huge army and capable police forces, one might conclude the Second Amendment and dependence on militias have become obsolete. Of course, the National Rifle Association would not.

Of the many Second Amendment cases, three are instructive. In 1876, the Supreme Court ruled in United States v. Cruickshank that, "The right to bear arms is not granted by the Constitution; neither is it in any manner dependent upon that instrument for its existence."

In 1939, the Supreme Court ruled in United States v. Miller that the federal government and the states could limit any weapon types not having a "reasonable relationship to the preservation or efficiency of a well-regulated militia."

The current and opposite interpretation of the right to keep and bear arms under the Second Amendment was delivered in 2008. In the District of Columbia v. Heller case, the issue centered on the district's Firearms Control Regulations Act of 1975 banning hand guns in the home. The Court of Appeals ruled that act violated the Second Amendment.

In a 5-4 decision, the Supreme Court upheld the ruling. Notably, the court did recognize that there were limits on gun ownership, leaving open future rulings on gun control. Eight years later, the court reaffirmed Heller in Caetano v. Massachusetts arguing that "the Second Amendment extends, prima facie, to all instruments that constitute bearable arms, even those that were not in existence at the time of the founding" and that its protection is not limited to "only those weapons useful in warfare".

Clearly, prohibitions on automatic weapons and weapons of mass destruction in private hands are well understood. However, the power of the NRA and the theological view of some on the absolute right to keep and bear arms have made imposing sensible limitations on gun ownership impossible. It is time common sense applied. Too many Americans will die through gun violence if we do not act now.

Aside from real background checks and denying weapons to those on terrorist watch lists or of suspect mental health, why not require strict regulation of gun ownership through licensing and testing? If people wish to drive a car, fly an airplane, practice medicine or law, open a pharmacy or bank, sell stocks and bonds and conduct most endeavors, some form of licensing and testing is mandatory. This must apply to owning guns.

Opponents will viciously attack any such ideas as directly violating the Second Amendment. And Congress is unable to respond, cowed by the gun lobbies and fearful of drawing the ire of constituents. Still, how many more men, women and children have to die from gun violence before sensible action is taken?

Perhaps the only way this will occur is if veterans undertake this mission. The highly respected Gen. Stanley McChrystal is making this case. And perhaps because we no longer rely on militias, the Second Amendment is completely out of date.

Voices // 4 days ago
COVID-19's real danger is political
A pandemic is war by different means. Death counts are far greater. The enemy is invisible. But, paradoxically, rallying the public against a pandemic is much more difficult than in wartime.

Voices // 5 days ago
Rural doctors describe COVID-19 siege: Politics makes it harder
Nov. 24 (UPI) -- In many communities, the cooperation and goodwill seen early in the pandemic have given way to COVID-19 fatigue and anger, making it hard to enforce public health measures, rural doctors say.

Voices // 6 days ago
Joe Biden should think hard about re-engaging with Iran
Nov. 23 (UPI) -- As the Donald Trump presidency winds down and Joe Biden prepares to enter the White House, all eyes are on the Middle East and in particular the future of U.S. policy on Iran. 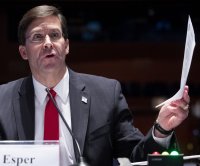 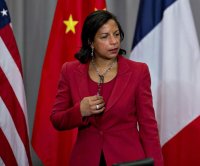