On This Day: Nuremberg trials begin

On Nov. 20, 1945, 24 German leaders went on trial at Nuremberg before the International War Crimes Tribunal.

On November 20, 1945, 24 German leaders went on trial at Nuremberg before the International War Crimes Tribunal. File Photo by U.S. Army

In 1789, New Jersey became the first state to ratify the Bill of Rights.

In 1910, the Plan de San Luis Potosi was issued by Francisco I. Madero calling for the overthrow of the Mexican government led by Porfirio Diaz. This marked the beginning of the 10-year Mexican Revolution.

In 1945, 24 German leaders went on trial at Nuremberg before the International War Crimes Tribunal.

In 1969, the Occupation of Alcatraz began as Native American activists seized control of the island prison. It took 19 months to remove the activists from the rock.

In 1986, the World Health Organization announced a coordinated global effort against AIDS. WHO said there were 34,448 reported cases of AIDS worldwide.

In 1992, fire erupted at Windsor Castle, Queen Elizabeth's official residence west of London, causing much damage. The queen and Prince Andrew helped save priceless artworks and other valuables kept in the castle.

In 1998, Zarya, the first module that would make up the International Space Station, was launched from Kazakhstan.

In 2007, Ian Smith, the former Rhodesian prime minister who led his South African white-minority government through a violence-wracked era until the end of white rule in 1979, died at 88 after a long illness.

In 2009, Hamid Karzai was sworn in, to begin his second five-year term as president of Afghanistan vowing his army would have full control of the country's security by the time he left office. 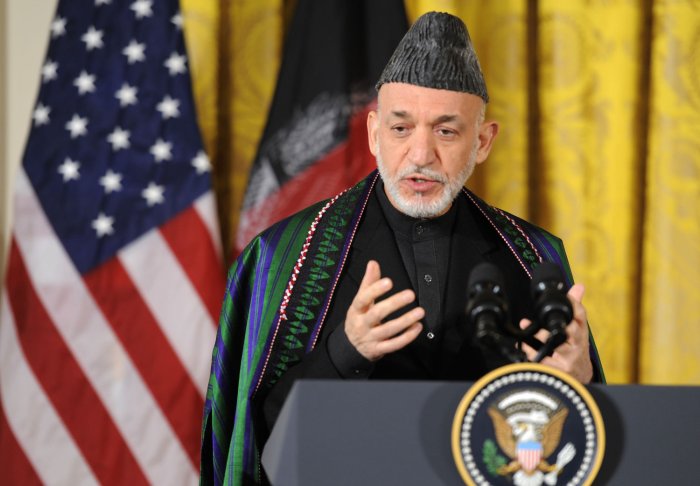 In 2012, Church of England elders, in a close vote, decided not to allow women to become bishops.

In 2019, Britain's Prince Andrew announced plans to step back from his public duties as a member of the royal family after facing criticism for his relationship with convicted sex offender Jeffrey Epstein.

World News // 8 hours ago
Poland seeks restitution of 'stolen' Kandinsky painting sold at German auction for $400K
Dec. 3 (UPI) -- Poland's Ministry of Culture and Natural Heritage said it will take legal action and seek restitution after a Wassily Kandinsky painting allegedly stolen from the National Museum in Warsaw was sold at a German auction.

U.S. News // 11 hours ago
Trump calls for 'termination' of the U.S. Constitution in Truth Social post
Dec. 3 (UPI) -- Former President Donald Trump on Saturday called for the "termination" of U.S. rules and regulations, "even those found in the Constitution."

World News // 16 hours ago
French rail strike causes widespread weekend train cancelations
Dec. 3 (UPI) -- France's state state-owned railway company says it has canceled more than half of its scheduled trips this weekend due to a nationwide strike by rail conductors.