On May 19, 1935, Pope Pius XI canonized Sir Thomas More and Cardinal John Fisher as saints of the Catholic Church.

In 1536, Anne Boleyn, the second of King Henry VIII's six wives and mother of Queen Elizabeth I, was beheaded.

In 1588, the Spanish Armada, assembled to invade England, set sail from Lisbon.

In 1916, Col. Teddy Roosevelt, speaking in Detroit, blasted the pacifism of Henry Ford and accused the Wilson administration of "make-believe preparedness."

In 1935, renowned British soldier and author T.E. Lawrence, known as "Lawrence of Arabia," died in a motorcycle crash in Britain.

In 1935, Pope Pius XI canonized Sir Thomas More and Cardinal John Fisher as saints of the Catholic Church. English King Henry VIII ordered the two men executed in 1535 for refusing to accept him as head of the Church of England.

In 1964, it was revealed that U.S. diplomats had found at least 40 secret microphones hidden in the U.S. Embassy in Moscow.

In 1986, in the first direct talks between China and Taiwan in 37 years, Beijing agreed to return a cargo jet flown to the mainland by a defecting pilot.

In 2008, mudslides in China's earthquake-devastated Sichan province engulfed and killed more than 200 rescue workers. The death toll from the quake, which struck a week earlier, had surpassed 69,000, with thousands of people reported missing.

In 2009, the Hubble Space Telescope was returned to orbit after astronauts finished five spacewalks in a mission to repair and refurbish the 19-year-old instrument.

In 2016, EgyptAir Flight 804, en route from Paris to Cairo, crashed into the Mediterranean Sea killing all 66 on board.

In 2021, the European Union announced it would soon allow vaccinated travelers to enter its borders after more than a year of strict COVID-19-related bans that crippled the tourism industry. 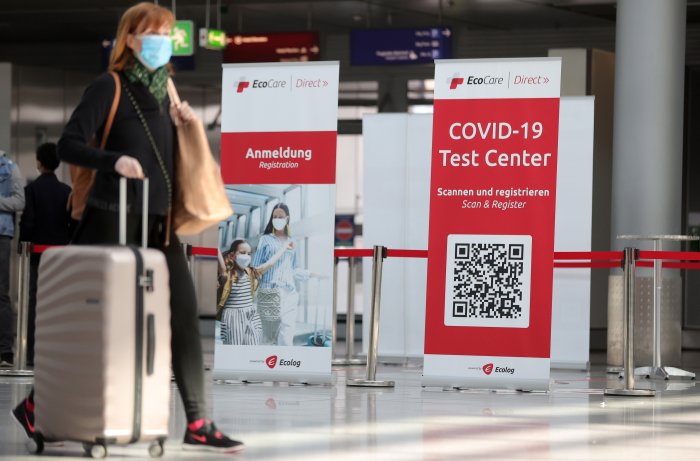 U.S. News // 1 hour ago
FDA advisory panel votes to reformulate COVID-19 boosters to target Omicron
June 28 (UPI) -- An FDA advisory panel voted 19-2 to reformulate COVID-19 booster vaccines this fall to target Omicron's BA.4 and BA.5 subvariants, which account for half of all COVID cases in the United States, according to the CDC.

World News // 3 hours ago
Chlorine gas leak in Jordan kills at least 13, injures hundreds
June 28 (UPI) -- A chlorine gas leak at Jordan's port of Aqaba killed at least 13 people and injured 260 others. Investigators said a crane malfunction caused a chlorine tank to fall as it was being loaded, releasing the toxic gas.