On This Day: HMS Sheffield sank by Argentine jet

On May 4, 1982, an Argentine jet fighter sank the British destroyer HMS Sheffield during the Falkland Islands war.

On May 4, 1982, an Argentine jet fighter sank the British destroyer HMS Sheffield during the Falkland Islands war. File Photo courtesy the Argentine government

In 1494, on his second expedition to the New World, Columbus explored the Caribbean island of Jamaica.

In 1904, construction began on the Panama Canal.

In 1926, the Trade Union Congress called a general strike in response to government plans to change the working conditions for coal miners. More than 2 million workers across Britain went on strike.

In 1942, the Battle of the Coral Sea began. It was a turning point for the Allies in World War II.

In 1945, French author Marcel Conversy wrote of the 15 months he spent as a prisoner at Buchenwald concentration camp, describing it as a "living hell."

In 1953, The Old Man and the Sea by Ernest Hemingway was awarded the Pulitzer Prize for fiction.

In 1959, the first Grammy Awards were presented. "Nel Blu Dipinto di Blu (Volare)" by Domenico Modugno won the awards for Record and Song of the Year.

In 1970, National Guardsmen killed four students at Kent State University in Ohio during a demonstration against the Vietnam War. The shootings set off a nationwide student strike that forced hundreds of schools to temporarily close. 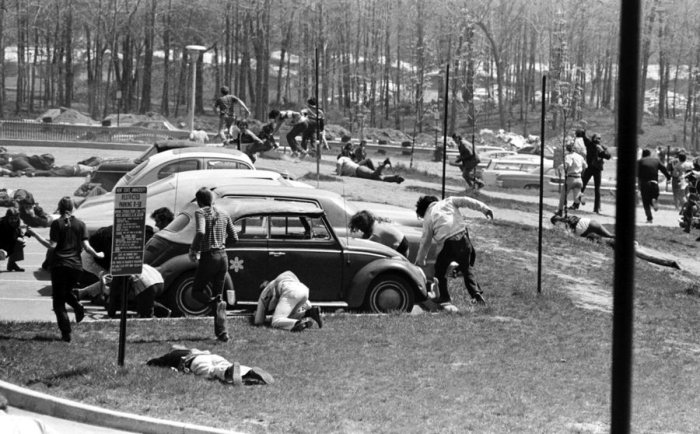 In 1990, a faulty electric chair shot flames around convicted killer Jesse Tafero's head as he was executed in Florida, prompting several states to abandon the method of execution and switch to lethal injection.

In 2000, the "I Love You" virus crashed computers around the world.

In 2002, more than 100 people died when an EAS Airlines jet crashed in the northern Nigerian city of Kano.

In 2006, confessed terrorist Zacarias Moussaoui was sentenced to life in prison without parole. The 37-year-old Moroccan implicated himself in the Sept. 11, 2001, attacks on the United States.

In 2009, fighting between feuding families broke out at a wedding in southeast Turkey, with combatants using guns and grenades, leading to the deaths of 44 people, including the bride and groom.

In 2011, rival Palestinian political factions Hamas and Fatah signed a reconciliation accord, citing as common causes opposition to the Israeli occupation and disillusionment with U.S. peace efforts.

In 2014, Juan Carlos Varela was elected president of Panama.

In 2021, President Joe Biden announced a new goal to administer at least COVID-19 vaccine dose to 70% of Americans and 160 million people fully vaccinated by July 4. 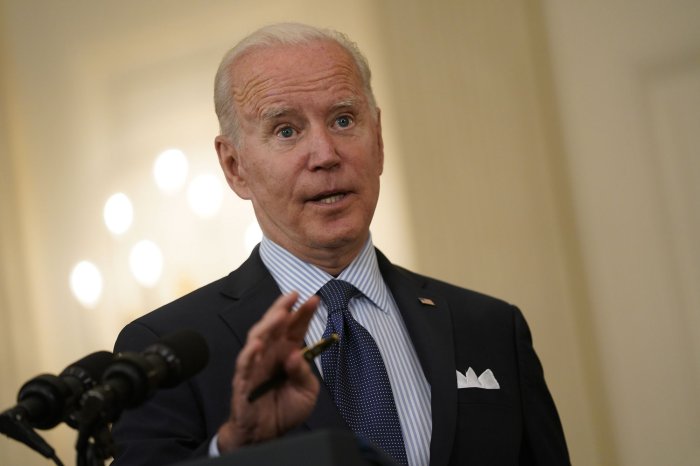 U.S. News // 2 hours ago
Survey shows U.S. consumers expect inflation to run a bit lower over next year
Aug. 8 (UPI) -- The expectation among consumers that the United States will continue to see high inflation "fell sharply" in July with declines in gas prices, according to a survey Monday from the Federal Reserve Bank of New York.

U.S. News // 7 hours ago
Biden, first lady visit Kentucky to tour flooding damage, meet with families
Aug. 8 (UPI) -- For the second time in less than a year, President Joe Biden traveled to Kentucky on Monday to tour devastation wrought by a natural disaster that killed dozens of people.

World News // 3 hours ago
Polar bear euthanized after injuring French woman in remote Norway Islands
Aug. 8 (UPI) -- A polar bear was euthanized in Norway on Monday after officials said it injured a French woman who was camping in the country's remote Svalbard Islands.
Advertisement