On Nov. 28, 2016, LaMia Flight 2933 crashed in Colombia, killing 71 of the 77 people on board. The aircraft was carrying Brazil's Chapecoense soccer team, coaching staff and journalists. Investigators said the Avro RJ85 ran out of fuel and blamed the pilots for failing to take appropriate measures.

Rescue workers look for bodies after a plane crash in the municipality of La Union, department of Antioquia, Colombia on November 29, 2016. File Photo by Luis Eduardo Noriega A./EPA

On this date in history: In 1520, Ferdinand Magellan entered the Pacific Ocean on his way around the world. He was the first European to sail the Pacific from the east.

In 1942, a fire at the Cocoanut Grove nightclub in Boston killed 492 people. Most victims suffocated or were trampled to death.

In 1958, in odd news, a London man stole a police officer's bicycle after going to the police station to report his own bike stolen.

In 1994, serial killer Jeffrey Dahmer was beaten to death by another prisoner at the Columbia Correctional Center in Portage, Wis.

In 2006, leftist candidate Rafael Correa was declared winner of the Ecuadorian presidential election.

In 2007, a U.S. airstrike in eastern Afghanistan killed 22 Afghan civilian road-construction workers. The men, working on a U.S. military contract, died as they slept in tents in a remote mountainous area.

In 2008, at least 400 people were killed and hundreds more injured in clashes in Nigeria between Muslims and Christians over local elections.

In 2010, reaction around the world was swift and mostly negative to a new batch of more than 200,000 confidential U.S. diplomatic documents published on the WikiLeaks whistle-blower website. U.S. officials denounced the release, which included many items classified as secret, and branded them a threat to global security.

In 2012, seven expatriate Egyptians, all Coptic Christians who were involved in making an anti-Islam film, Innocence of Muslims, were sentenced to death in absentia by the Cairo Criminal Court.

In 2016, LaMia Flight 2933 crashed in Colombia, killing 71 of the 77 people on board. The aircraft was carrying Brazil's Chapecoense soccer team, coaching staff and journalists. Investigators said the Avro RJ85 ran out of fuel and blamed the pilots for failing to take appropriate measures.

In 2020, at least 110 civilian farmers were killed while harvesting crops in an apparently terror attack in Nigeria's northeastern Borno state.

A thought for the day: "Love is never lost. If not reciprocated, it will flow back and soften and purify the heart." -- American writer Washington Irving 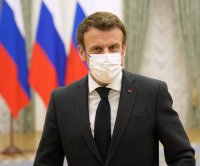 World News // 3 hours ago
France says it will defend Sweden, Finland against attacks as they seek NATO membership
May 16 (UPI) -- France will defend Sweden and Finland, Elysee said Monday, as the two Nordic countries have received threats from Russia over their decisions to join the NATO defensive military alliance. 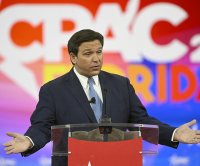 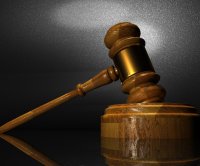