On Nov. 1, 1512, the ceiling of the Sistine Chapel in Rome, one of Italian artist Michelangelo's most famous works, was exhibited to the public for the first time.

President Donald Trump and first lady Melania Trump tour the Sistine Chapel following their meeting with His Holiness Pope Francis on May 24 in Vatican City. On November 1, 1512, the ceiling of the Sistine Chapel in Rome, one of Italian artist Michelangelo's most famous works, was exhibited to the public for the first time. File Photo by Andrea Hanks/UPI | License Photo

In 1512, the ceiling of the Sistine Chapel in Rome, one of Italian artist Michelangelo's most famous works, was exhibited to the public for the first time.

In 1604, William Shakespeare's Othello made its debut.

In 1800, U.S. President John Adams and his family moved into the newly built White House after Washington became the U.S. capital.

In 1915, Parris Island was officially designated a Marine Corps Recruit Depot used for the training of enlisted Marines.

In 1938, Seabiscuit beat War Admiral in horse racing's "match of the century."

In 1950, two Puerto Rican nationalists tried to force their way into the Blair House in Washington in an attempt to assassinate U.S. President Harry Truman.

In 1990, McDonald's, under pressure from environmental groups, said it would replace plastic food containers with paper.

In 1993, the Maastricht Treaty took effect, formally establishing the European Union and leading to the creation of the Union's single currency, the euro.

In 2008, Maj. Sebastian Morley, the top British Special Forces commander in Afghanistan, resigned to protest what he called lack of proper equipment for combat troops. He blamed "chronic underinvestment."

In 2013, a U.S. drone strike killed Hakimullah Mehsud, leader of the Pakistani Taliban, and four other militants.

In 2020, Typhoon Goni (known locally as Rolly) made landfall on Catanduanes Island in the Philippines. The storm would go on to cause 32 fatalities and $415 million in damage in the Philippines, Vietnam, Cambodia and Laos.

A thought for the day: "The trouble with the world is that the stupid are cocksure and the intelligent are full of doubt." -- British writer Bertrand Russell

World News // 2 minutes ago
Blinken vows 'serious consequences' if Russia steps into Ukraine conflict
Dec. 2 (UPI) -- The top American and Russian diplomats met for talks in Sweden on Thursday and exchanged concerns about Moscow's involvement with a lengthy separatist dispute in eastern Ukraine.

U.S. News // 34 minutes ago
New unemployment claims rise in U.S. after record decline last week
Dec. 2 (UPI) -- A week after posting the lowest figure for unemployment filings in more than a half-century, the Labor Department said in its weekly report that there are a little more than 220,000 new jobless claims. 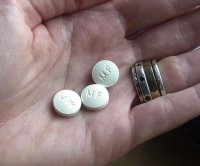