Members of the Boston Red Sox celebrate after the final out of Game 4 of the World Series beating the St. Louis Cardinals 3-0 at Busch Stadium in St. Louis on October 27, 2004. Boston took the World Championship for the first time since 1918. File Photo by Bill Greenblatt/UPI | License Photo

In 1682, the city of Philadelphia was founded by William Penn to serve as the capital of the Pennsylvania Colony.

In 1946, the travel show Geographically Speaking, sponsored by Bristol-Myers, became the first television program with a commercial sponsor.

In 1954, Benjamin O. Davis, Jr., commander of the 332nd Fighter Group, the Tuskegee Airmen, becomes the first African American promoted to the rank of general in the United States Air Force.

In 1954, Marilyn Monroe and Joe DiMaggio divorced. Among the issues that ended their much-publicized marriage was a blowup over her famous scene in The Seven-Year Itch in which a blast of air lifts her skirt. The marriage lasted nine months.

In 1962, Major Rudolf Anderson, a U-2 pilot in the United States Air Force, is shot down during a reconnaissance mission over Cuba. His death makes him the only direct casualty of the Cuban Missile Crisis.

In 2017, the Catalan Parliament voted overwhelmingly in favor of independence from Spain. In reaction, the Spanish government dissolved Catalonia's legislative body.

In 2019, Cherokee actor, activist and Vietnam veteran Wes Studi became the first Native American actor to be presented with an Oscar -- an honorary lifetime achievement award.

In 2020, Keith Raniere leader of the purported self-help group, NXIVM, was sentenced to 120 years in prison on charges related to forcing women into sexual slavery cult.

World News // 15 minutes ago
Mass killer Anders Breivik gives Nazi salute at parole hearing in Norway
Jan. 18 (UPI) -- Anders Breivik, a far-right White supremacist who killed dozens of people in Norway a decade ago, appeared at a parole hearing on Tuesday and reaffirmed his loyalty to the neo-Nazi movement. 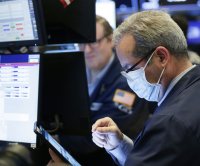 U.S. News // 2 hours ago
Senate Democrats to begin debate on stalled voting rights bills
Jan. 18 (UPI) -- Senators will return to Capitol Hill on Tuesday and begin debating two different pieces of voting rights legislation that have stalled in the chamber -- amid intense pressure to change rules to break a GOP filibuster.

U.S. News // 3 hours ago
Eastern U.S. looking at 2 more winter storms, unusual cold this week
Get ready for the possibility of more impactful winter weather. That's the message for Americans living in parts of the eastern U.S. who just dealt with a major winter storm that dropped more than a foot of snow. 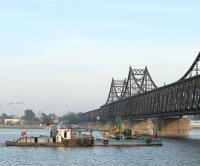 U.S. News // 5 hours ago
Airlines call on Biden admin to halt 5G deployment near airports
Jan. 18 (UPI) -- U.S. airlines have again called on the Biden administration to not implement 5G technology near airports, stating to do so would cause "significant operation disruption" to air passengers, shippers and supply chains.

Top News // 6 hours ago
UPI Almanac for Tuesday, Jan. 18, 2022
On Jan. 18, 1997, Norwegian Borge Ousland completed a 1,675-mile trek across Antarctica. It was the first time anyone traversed the continent alone.
Advertisement