On This Day: Teddy Roosevelt becomes first president to ride in plane

On Oct. 11, 1910, President Theodore Roosevelt becomes the first U.S. president to take flight in an airplane.

In this October 11, 1910, file photo Col. Theodore Roosevelt takes off from Aviation Field in St. Louis with pilot Arch Hoxsey. Roosevelt described the trip as, "the bulliest experience I ever had." UPI File Photo

In 1868, Thomas Alva Edison filed papers for his first invention: an electrical vote recorder to rapidly tabulate floor votes in the U.S. Congress. Edison's device was issued U.S. Patent 90,646 on June 1, 1869. Members of Congress rejected the apparatus and it was never utilized.

In 1906, the San Francisco Board of Education banned Japanese-American students from attending public schools, ordering that instead they were to be taught in racially segregated schools. A compromise was reached in February 1907, allowing the students back into the schools with the Japanese government accepting new immigration restrictions for its citizens wishing to travel to the United States.

In 1910, President Theodore Roosevelt became the first U.S. president to take flight in an airplane. Piloted by Arch Hoxsey, Roosevelt would stay aloft for 4 minutes in a Wright brothers-built plane at Kinloch Field in St. Louis, Mo.

In 1947, the United States agreed to the United Nations Partition Plan of Palestine, which recommended the creation of independent Arab and Jewish States with the city of Jerusalem placed under direct trusteeship of the United Nations. The resolution was adopted by the General Assembly on Nov. 29, 1947, though a civil war, which would last nearly six months, erupted the next day between Arabs and Jews, resulting in the partition plan failing to be implemented. 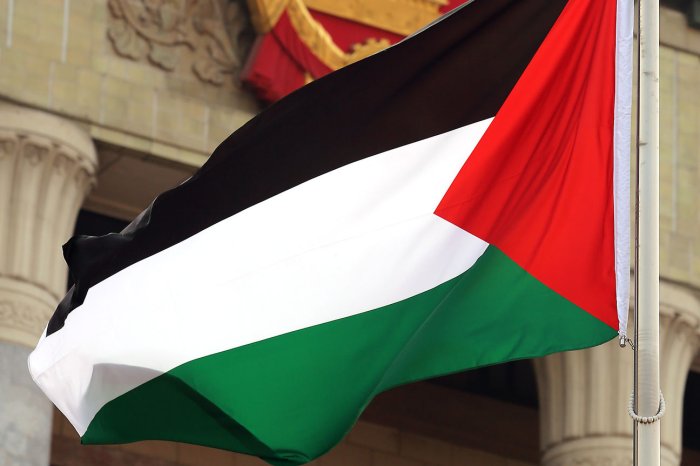 In 1975, Saturday Night Live premiered on NBC with George Carlin as host and musicians Janis Ian and Billy Preston on the bill.

In 1986, President Ronald Reagan and Soviet leader Mikhail Gorbachev met in Reykjavik, Iceland, to discuss arms control and human rights. While the talks collapsed at the last minute, work would continue, resulting in the 1987 Intermediate-Range Nuclear Forces Treaty between the two nations. 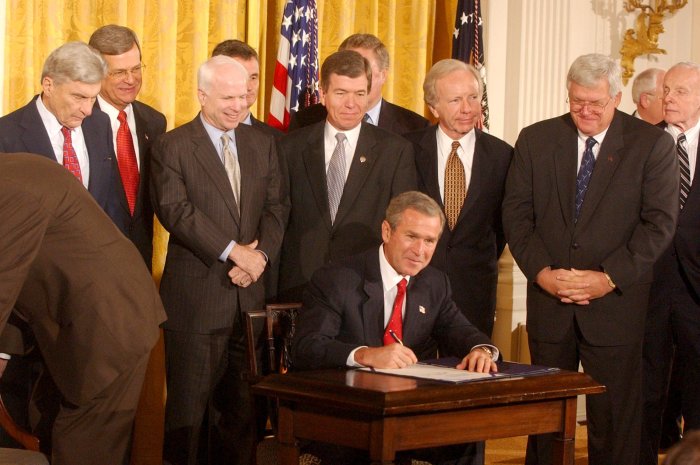 Surrounded by members of Congress, President George W. Bush signs the congressional resolution authorizing U.S. use of force against Iraq if needed, during a ceremony in the East Room of the White House on October 16, 2002. File Photo by Chris Corder/UPI
Advertisement

In 2020, the Los Angeles Lakers cruised to a 106-93 win over the Miami Heat in Game 6 of the NBA Finals to secure the franchise's 17th championship in team history -- a tie in the league.

Lakers fans gather to watch Game 6 of the NBA Finals between the Los Angeles Lakers and the Miami Heat at the Club Bahia restaurant on Sunset Boulevard in Los Angeles on October 11, 2020. File Photo by Jim Ruymen/UPI

U.S. News // 6 hours ago
Pentagon official: ISIS-K could launch attack on U.S. within six months
Oct. 26 (UPI) -- Under Secretary of Defense for Policy Colin Kahl on Tuesday told lawmakers that the Islamic State-Khorasan Province, or ISIS-K, could be able to strike the United States within six to 12 months.