On Sept. 11, 2001, terrorists attacked the U.S., crashing airliners into the World Trade Center, another into the Pentagon and a fourth crashed in Pennsylvania.

On September 11, 1921, Fatty Arbuckle, one of the foremost comedians of the silent movie days, was arrested on suspicion of manslaughter in the death of a starlet in an alleged sexual assault during a wild drinking party. Arbuckle eventually was cleared but his career had been ruined. UPI File Photo | License Photo

In 1777, troops commanded by Gen. George Washington were defeated by the British under Gen. William Howe in the Battle of Brandywine.

In 1847, Stephen Foster's first hit, "Oh! Susanna," had its debut at a concert in a Pittsburgh saloon and soon became a standard for minstrel troupes.

In 1921, Fatty Arbuckle, one of the foremost comedians of the silent movie days, was arrested on suspicion of manslaughter in the death of a starlet in an alleged sexual assault during a wild drinking party. Arbuckle eventually was cleared but his career had been ruined.

In 1971, former Soviet leader Nikita Khrushchev died of a heart attack in Moscow.

In 1973, the elected Socialist government of Salvador Allende of Chile was toppled in a right-wing military coup supported by the CIA. Authorities said Allende committed suicide the same day.

In 2001, Islamist terrorists attacked the United States, crashing two hijacked airliners into the Twin Towers at New York's World Trade Center and another into the Pentagon outside Washington. A fourth plane crashed in Pennsylvania, apparently en route to Washington, after passengers attacked their captors. Nearly 3,000 people were killed, most of them in the two towers, which collapsed. U.S. President George W. Bush pledged to destroy the responsible terrorist organizations and the regimes that supported them. Osama bin Laden, a wealthy anti-American Saudi exile operating out of Afghanistan and leader of al-Qaida, a shadowy, far-flung terrorist organization, was identified as the ringleader of the attacks.

In 2008, Zimbabwean President Robert Mugabe and opposition leader Morgan Tsvangirai, forced into a runoff after a disputed election, agreed on a power-sharing arrangement.

In 2011, the National September 11 Memorial was dedicated in New York City on the site of the iconic Twin Towers, destroyed 10 years earlier in terrorist attacks that killed nearly 3,000 people. The memorial features the nation's largest man-made waterfalls cascading into two sunken pools marking footprints of the decimated skyscrapers, with 2,980 names nearby, etched in granite.

In 2019, scientists announced that for the first time they have detected water in the atmosphere of an exoplanet (K2-18b) within its host star's habitable zone. 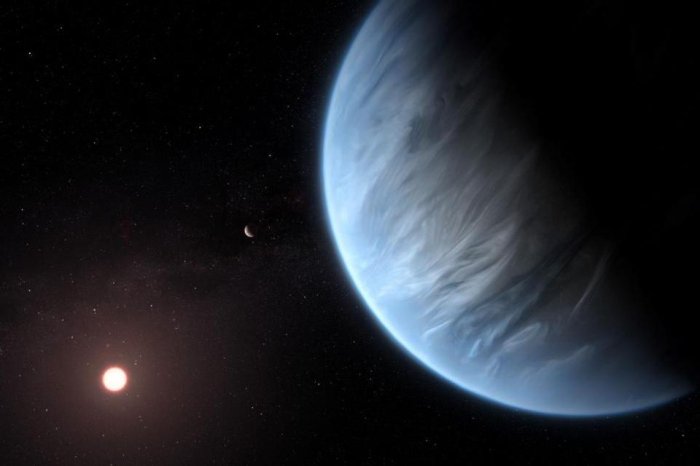 U.S. News // 1 hour ago
Asteroid 3 times taller than Niagara Falls to zip past Earth on 1st day of fall
Astronomical autumn kicks off on Wednesday afternoon, and the start of the new season will coincide with an asteroid larger than the Statue of Liberty swinging past the Earth.

U.S. News // 7 hours ago
Democrats introduce bill to raise debt ceiling, fund government
Sept. 21 (UPI) -- House Democrats on the Appropriations Committee introduced a bill Tuesday to keep the federal government running and suspend the debt ceiling past the 2022 midterms but Republicans are holding firm against it.