On Aug. 25, 1989, Voyager 2, after a 4 billion-mile journey, made its closest pass over Neptune, sending back images of southern lights and its moon, Triton, to Earth.

On August 25, 1989, Voyager 2, after a 4 billion-mile journal, made its closest pass over Neptune, sending back images of southern lights and its moon, Triton, to Earth. File Photo courtesy of NASA

In 1989, Voyager 2, after a 4 billion-mile journey, made its closest pass over Neptune, sending back images of southern lights and its moon, Triton, to Earth.

In 2017, Hurricane Harvey made landfall on San Jose Island, Texas, as a Category 4 storm. Harvey killed more than 100 people and caused $125 billion in damage.

In 2020, the Africa Regional Certification Commission declared Africa free of wild polio after four years without a case.

A thought for the day: Neil Armstrong said the Apollo missions demonstrated that "humanity is not forever chained to this planet, and our visions go rather further than that, and our opportunities are unlimited."

U.S. News // 2 minutes ago
Job openings in U.S. rise to 11 million amid slight decline in those who quit
Dec. 8 (UPI) -- Employers nationwide had 11 million job openings during the month of October, nearly a record, and the number of Americans who quit their jobs that month dipped slightly -- but is still way above normal.

U.S. News // 28 minutes ago
Roku reaches deal to keep YouTube after 8 months of dispute
Dec. 8 (UPI) -- Facing the prospect of losing YouTube from its popular streaming service, Roku announced Wednesday that the two companies have reached a deal to keep it there for at least a few years.

World News // 3 hours ago
'Zombie fires' burn despite temperatures plunging to 74 degrees below zero
Bone-chilling conditions are being reported across parts of Siberia, which has been experiencing some of the coldest air on Earth in recent days. Yet "zombie fires" continue to burn beneath the frozen landscape. 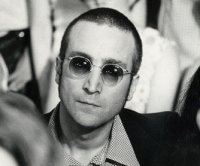 Top News // 8 hours ago
On This Day: John Lennon shot to death in NYC
Dec. 8 (UPI) -- On Dec. 8, 1980, former Beatle John Lennon was shot to death outside his apartment building in New York City. He was 40.
Advertisement