On Aug. 18, 1920, the 19th Amendment to the U.S. Constitution, guaranteeing women the right to vote, was ratified by Tennessee, giving it the two-thirds majority of state ratification necessary to make it the law of the land. The law took effect eight days later. 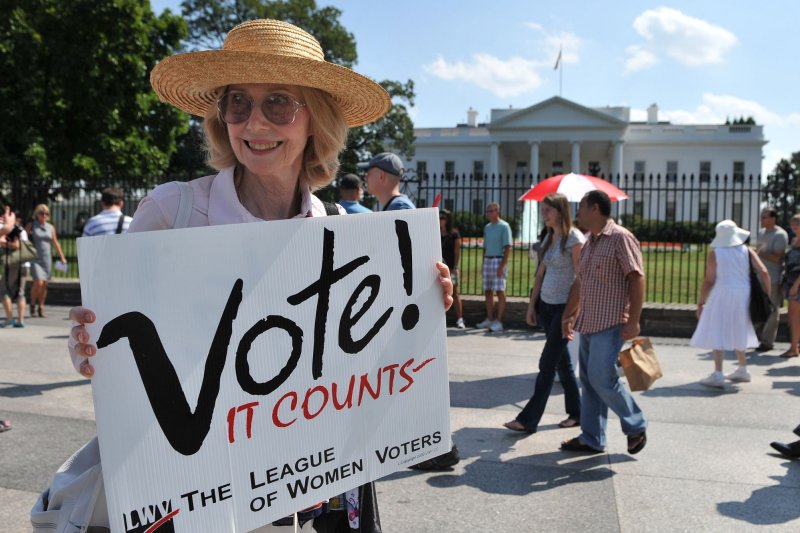 A member of the League of Women Voters participates in a demonstration to protest the lack of voting rights for the citizens of Washington, D.C., on the 90th Anniversary of the 19th Amendment, guaranteeing women the right to vote, in front of the White House in Washington on August 26, 2010. On August 19, 1920, the 19th Amendment was ratified by Tennessee, giving it the two-thirds majority of state ratification necessary to make it the law of the land. The law took effect eight days later. File Photo by Kevin Dietsch/UPI | License Photo

In 1587, Virginia Dare was the first child of English parents to be born in the New World -- at Roanoke Island, part of what would become North Carolina.

In 1920, the 19th Amendment to the U.S. Constitution, guaranteeing women the right to vote, was ratified by Tennessee, giving it the two-thirds majority of state ratification necessary to make it the law of the land. The law took effect eight days later.

In 1963, James Meredith graduated from the University of Mississippi. He was the first African American to attend the school, and his enrollment touched off deadly riots, necessitating the use of armed guards.

In 1976, U.S. President Gerald Ford was nominated in Kansas City, Mo., to head the Republican presidential ticket. He lost to Democrat Jimmy Carter in November.

In 1991, Mikhail Gorbachev was removed as president of the Soviet Union in a coup and replaced by hard-line Communists led by Vice President Gennady Yanayev. The coup collapsed after three days due to efforts by Russian President Boris Yeltsin.

In 2005, Dennis Rader, the Kansas man who called himself BTK -- for bind, torture, kill -- and confessed to slaying 10 people, was sentenced to 10 consecutive life terms.

In 2008, threatened by impeachment and badgered by faltering economy and security, Pakistani President Pervez Musharraf announced his resignation.

In 2010, U.S. combat forces completed their withdrawal from Iraq but 50,000 American troops remained, primarily as trainers.

In 2012, a small plane carrying Philippine Interior Secretary Jesse Robredo and three others crashed into the sea off the country's Masbate Island. A Robredo aide survived the crash. Divers later found the bodies of the secretary and two pilots.

In 2013, Jamaican sprinter Usain Bolt, competing in Moscow, became the most decorated track and field athlete in World Championship history.

In 2019, more than 1 million pro-democracy demonstrators gathered in Hong Kong's Victory Park against the Chinese government and police brutality.

A thought for the day: "Democracy cannot succeed unless those who express their choice are prepared to choose wisely. The real safeguard of democracy, therefore, is education." -- U.S. President Franklin D. Roosevelt 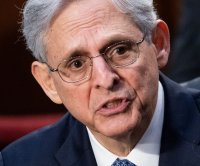