On This Day: James Byrd Jr. lynched in Texas

On June 7, 1998, three white supremacists killed James Byrd Jr. by dragging him for 3 miles behind a pickup truck in Jasper, Texas. 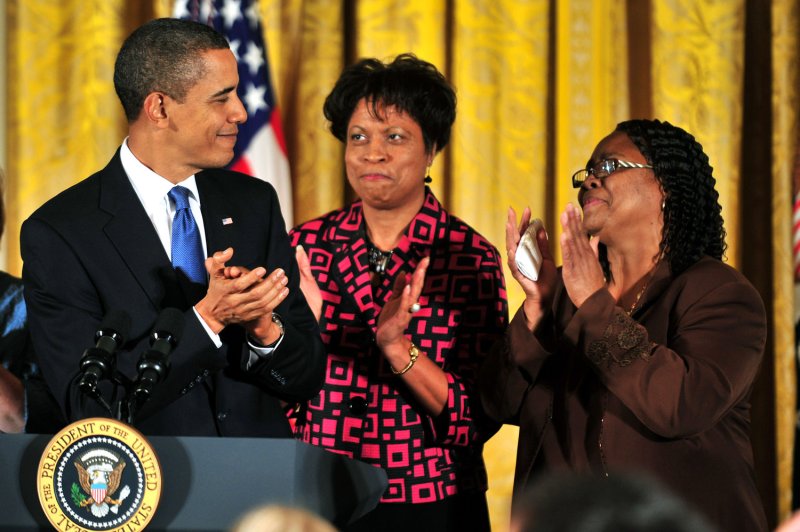 President Barack Obama (L) claps with Louvon Harris (C) and Betty Byrd Boatner, the sisters of James Byrd, Jr., who was a victim of a hate crime, as he delivers remarks on the passing of the Matthew Shepard Hate Crimes Prevention Act, at the White House in Washington on October 28, 2009. On June 7, 1998, three white supremacists killed Byrd by dragging him for 3 miles behind a pickup truck in Jasper, Texas. File Photo by Kevin Dietsch/UPI | License Photo

In 1776, the Lee Resolution, which led to the U.S. Declaration of Independence, was introduced in the Continental Congress.

In 1864, Republican delegates meeting in Baltimore nominated Abraham Lincoln for his second term as president. His running mate was Andrew Johnson.

In 1942, Japanese forces occupied Attu and Kiska in the Aleutian Islands. U.S. forces retook the islands one year later.

In 1965, the U.S. Supreme Court struck down a Connecticut law banning contraceptives.

In 1967, Israeli troops captured Jerusalem during the Six-Day War.

Far-right Israeli supporters wave national flags on Jerusalem Day to celebrate Israel's victory in the Six-Day War outside the Damascus Gate in the Old City of Jerusalem, May 13. Photo by Debbie Hill/UPI

In 1975, the first videocassette recorder went on sale to the public.

In 1990, South African President F.W. de Klerk lifted a 4-year-old nationwide state of emergency in all but the strife-torn Indian Ocean province of Natal.

In 1998, three white supremacists killed James Byrd Jr. by dragging him for 3 miles behind a pickup truck in Jasper, Texas. The three men were convicted of murder -- one was executed in 2011, another is on death row and a third was sentenced to life in prison. The lynching spurred a Texas hate crime law as well as the federal Matthew Shepard and James Byrd Jr. Hate Crimes Prevention Act.

In 2002, U.S. missionary Martin Burnham, captured in the Philippines by a Muslim group more than a year earlier, was fatally shot during a rescue attempt.

In 2013, six people were killed and five injured in a Santa Monica, Calif., shooting rampage that started at a private home and ended on a college campus. The dead included the 23-year-old gunman, who was shot by police.

In 2020, five months after the first fatality was reported in mainland China, the coronavirus reached two grim milestones: 400,000 deaths and 7 million cases.

U.S. News // 1 hour ago
San Jose approves new gun measures, including putting every sale on video
June 16 (UPI) -- Leaders in San Jose have approved new gun control measures -- including one that says sellers must video record every sale -- three weeks after nine people were killed in a shooting attack at a rail yard in the city. 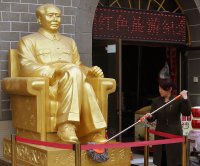