On Oct. 23, 1945, Jackie Robinson, the first Black baseball player hired by a major league team, was signed by the Brooklyn Dodgers and sent to their Montreal farm team.

National Baseball Hall of Fame member Lou Brock getrs a closer look at the Jackie Robinson display at the Negro Leagues Baseball Museum in Kansas City on July 9, 2012. On October 23, 1945, Jackie Robinson, the first black baseball player hired by a major league team, was signed by the Brooklyn Dodgers and sent to their Montreal farm team. File Photo by Bill Greenblatt/UPI | License Photo

FBI agents, ATF and Amherst police arrive on the scene at 187 Roxbury Park, Amherst, where Dr. Barnett A. Slepian was fatally shot by a sniper on October 23, 1998. File Photo by Mark J. Dye/UPI | License Photo

On October 23, 1707, the British Parliament met for the first time. The meeting place of Parliament, the Palace of Westminster, was originally built in 1016 but was burned down in 1834. The current structure was built between 1840 and 1870. File Photo by Hugo Philpott/UPI | License Photo

On October 23, 2008, former Federal Reserve Chairman Alan Greenspan told a U.S. House committee the United States is "in the midst of a once-in-a-century credit tsunami" that left him in a state of "shocked disbelief." File Photo by Kevin Dietsch/UPI | License Photo

In 1915, an estimated 25,000 women marched in New York City demanding the right to vote throughout the United States.

In 1945, Jackie Robinson, the first Black baseball player hired by a major league team, was signed by the Brooklyn Dodgers and sent to their Montreal farm team. He moved up to the Dodgers in 1947 and became one of the sport's greatest stars.

A sculpture of Jackie Robinson is part of the sports exhibit at the Smithsonian National Museum of African American History and Culture on September 14, 2016 in Washington, D.C. File Photo by Pat Benic/UPI

In 1946, the United Nations General Assembly convened for the first time, at an auditorium in Flushing, Queens, New York City.

In 1962, President John F. Kennedy signed Proclamation 3504, authorizing the naval blockade of Cuba following the discovery of Soviet missiles on the island.

In 1998, Dr. Barnett Slepian, an obstetrician who performed abortions, was killed by a sniper who fired a bullet through a window of Slepian's home in Amherst, N.Y. The shooter, James Kopp, received life plus 10 years in prison in 2007 for the shooting.

In 2019, the Hong Kong government officially withdrew a proposed extradition bill that led to months of protests, violence and other types of unrest in the Chinese territory. 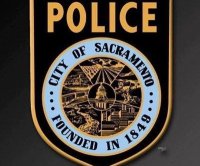