On July 7, 1976, the U.S. Military Academy at West Point in New York enrolled female cadets for the first time in the institution's then-174-year-old history.

An Army cadet stands on the field at the 118th meeting between Army and Navy at Lincoln Financial Field in Philadelphia on December 9, 2017. On July 7, 1976, the U.S. Military Academy at West Point in New York enrolled female cadets for the first time in the institution's then-174-year-old history. File Photo by Derik Hamilton/UPI | License Photo

On July 7, 1946, Mother Frances Xavier Cabrini (1850-1917) became the first American to be canonized a saint in the Roman Catholic Church. File Photo courtesy of Wikimedia

An officer gets emotional while standing outside Dallas Police headquarters in Dallas on July 8. Four police officers and one Dallas Area Rapid Transit officer were killed and several others were injured after a sniper opened fire during a peaceful Black Lives Matter march late on July 7, 2016. File Photo by Chris McGathey/UPI | License Photo

In 1846, U.S. Navy Commodore J.D. Sloat proclaimed the annexation of California by the United States.

In 1865, four people convicted of conspiring with John Wilkes Booth in the assassination of U.S. President Abraham Lincoln were hanged in Washington.

In 1898, U.S. President William McKinley signed a joint resolution of Congress authorizing the annexation of Hawaii by the United States.

In 1930, construction began on the Giant Boulder Dam, which in 1947 was renamed the Hoover Dam.

In 1946, Mother Frances Xavier Cabrini (1850-1917) became the first American to be canonized a saint in the Roman Catholic Church.

In 1976, the U.S. Military Academy at West Point in New York enrolled female cadets for the first time in the institution's then-174-year-old history.

In 1981, Sandra Day O'Connor was chosen by U.S. President Ronald Reagan to become the first woman on the U.S. Supreme Court. She was unanimously approved by the Senate.

In 1999, a Miami-Dade County jury held the leading tobacco companies liable for various illnesses of Florida smokers. The class-action lawsuit, filed in 1994, was the first of its kind to reach trial.

In 2005, terrorists struck the London transit system, setting off explosions in three subway cars and a double-decker bus in coordinated rush-hour attacks. Fifty-two people were killed and more than 700 injured.

In 2010, a Paris court sentenced former Panama ruler Manuel Noriega to seven years in prison for money laundering. He was convicted of funneling about $3 million of Colombian drug money into French bank accounts.

In 2012, U.S. Rep. Barney Frank of Massachusetts married his longtime partner, Jim Ready, in a ceremony officiated by Gov. Deval Patrick. He was the first member of Congress to publicly come out as gay and first to marry a same-sex partner while in office.

In 2013, Andy Murray became the first British player in 77 years to win the men's singles title at Wimbledon, defeating Serb Novak Djokovic in straight sets in the championship match.

In 2016, a gunman opened fire at an otherwise peaceful Black Lives Matter rally in Dallas, killing four police officers and one transit officer, and injuring seven others. Police killed the gunmen, who was holed up in a parking garage, using a robot strapped with an explosive.

In 2019, a toxic algae bloom shut down all the beaches along Mississippi's Gulf Coast.

A thought for the day: "Gay people have a different role than other minority groups. ... Very few black kids have ever had to worry about telling their parents that they were black." -- former Rep. Barney Frank 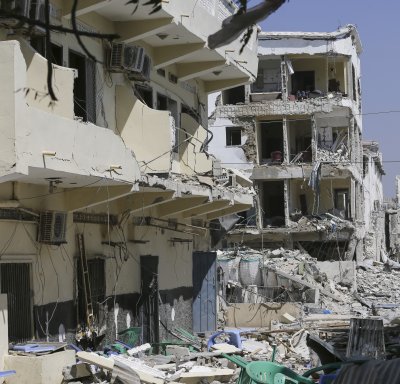 U.S. News // 5 hours ago
Thunderstorms set to rumble across the Plains, Midwest this weekend
After a refreshing stretch of cooler weather across much of the Plains and Midwest in recent days, building heat and humidity across the region will provide fuel for thunderstorm development this weekend. 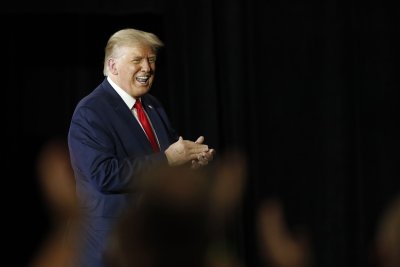