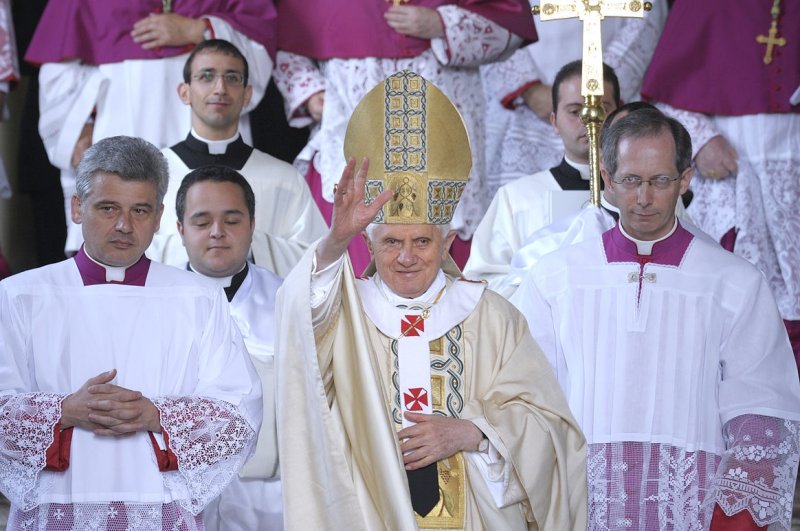 Pope Benedict XVI leads the beatification ceremony of Pope John Paul II in St. Peter's square in the Vatican on May 1, 2011. On April 24, 2005, Benedict XVI was officially installed in Rome as the 265th Roman Catholic pope. File Photo by Stefano Spaziani/UPI | License Photo

In 1704, the Boston News-Letter became the first U.S. newspaper to be published on a regular basis.

In 1913, the Woolworth Building, designed by architect Cass Gilbert, an early proponent of skyscrapers, opened to the public and its tenants.

In 1914, the Easter Rising began. Irish republicans armed themselves in rebellion against the British government. Nearly 500 people died --including more than 250 civilians -- during the six-day skirmish, and the British executed 16 rebels.

In 1957, the Suez Canal was reopened to shipping after being shut for more than five months following a conflict between Egypt, and the trio of Israel, Britain and France.

In 1980, Operation Eagle Claw, the attempt to rescue 52 embassy staff held captive in Tehran, ends with the death of eight servicemen when a helicopter crashed into a transport aircraft.

In 1983, German endurance racing driver Rolf Stommelen died during a crash at the Riverside International Raceway in California. He was 39.

In 1986, the duchess of Windsor, Wallis Warfield Simpson, for whom Britain's King Edward VIII gave up his throne, died in Paris at age 89.

In 1990, the Hubble Space Telescope was released into space by astronauts on the space shuttle Discovery.

In 1991, Freddie Stowers, a World War I corporal, was posthumously awarded the Medal of Honor. He was the first African American to receive the highest medal for valor in combat.

In 2018, authorities in California arrested the so-called Golden State Killer, Joseph DeAngelo, more than 40 years after the start of a decade-long killing spree throughout the state. Investigators tracked him down by submitting his DNA to an ancestry website. 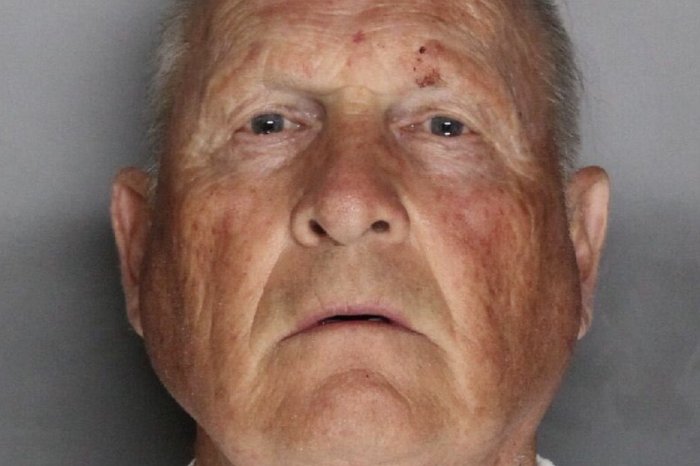 U.S. News // 11 minutes ago
Illinois Rep. Ramirez urges Biden, Democrats to stand up to MAGA extremism
Feb. 8 (UPI) -- House Rep. Delia Ramirez on Tuesday night urged President Joe Biden and their Democratic Party to stand up to Republican extremism while calling for more working-class people to join her in leading the country.

World News // 21 hours ago
Erdogan declares state of emergency in Turkey, as death toll exceeds 7,800
Feb. 7 (UPI) -- Turkish President Recep Tayyip Erdogan announced a three-month state of emergency on Tuesday, as the death toll from a powerful earthquake that struck southern Turkey and northern Syria rose to over 7,800.

U.S. News // 5 hours ago
Ebay to lay off 4% of global workforce
Feb. 7 (UPI) -- Ebay is planning to lay off approximately 500 employees over the next 24 hours, the company confirmed Tuesday.

U.S. News // 6 hours ago
Inflation not likely to end soon, Fed chair Jerome Powell says
Feb. 7 (UPI) -- The slight easing of inflation is a welcomed sight for consumers but an end to the more than year-long battle against rising prices is far from over according to Federal Reserve Chair Jerome Powell.