On This Day: Section of United Boeing 747 ripped away; 9 dead

On Feb. 24, 1989, nine people were killed when a 10-by-40-foot section of a United Airlines 747 ripped away from the jetliner's outer skin on a flight from Hawaii to New Zealand. 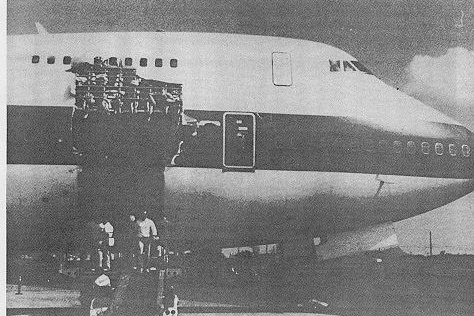 On February 24, 1989, nine people were killed when a 10-by-40-foot section of a United Airlines 747 ripped away from the jetliner's outer skin on a flight from Hawaii to New Zealand. File Photo courtesy of the National Transportation Safety Board

In 1803, the U.S. Supreme Court, in its Marbury v. Madison decision, established the principle of judicial review, which gave federal courts the ability to strike down laws and actions they deem unconstitutional.

In 1868, Andrew Johnson, who succeeded Abraham Lincoln, was impeached by the U.S. House. Johnson, the first U.S. president to be impeached, was acquitted by a single vote three weeks later, ending a three-week trial in the Senate.

In 1916, under the eyes of the Kaiser, the German Crown Prince Wilhelm and his army smashed their way toward the fortress of Verdun, in France.

In 1933, Japan shocked the world, withdrawing from the League of Nations.

In 1945, U.S. troops took the Philippines capital of Manila from the Japanese.

In 1946, Juan Peron was elected president of Argentina.

In 1968, South Vietnam recapture the city of Hue, as the Tet Offensive comes to an end after 25 days of brutal combat.

In 1988, the U.S. Supreme Court defended the right to satirize public figures when it voted 8-0 to overturn a $200,000 settlement awarded the Rev. Jerry Falwell over a parody of him in Hustler magazine.

In 1989, nine people were killed when a 10-by-40-foot section of a United Airlines 747 ripped away from the jetliner's outer skin on a flight from Hawaii to New Zealand.

In 1991, after weeks of airstrikes, U.S.-led coalition forces began a ground campaign into Kuwait and southern Iraq as part of the Gulf War.

In 1995, diver Greg Louganis, who won four gold medals in the Olympic Games in 1984 and 1988, revealed he had AIDS during an interview on ABC's 20/20. News of his revelation hit the news days earlier.

In 2004, an earthquake struck Morocco, killing about 600 people and injuring hundreds more.

In 2009, Taliban insurgents in Pakistan's militarily strategic Swat Valley agreed to a cease-fire, leaving them in charge of the area near the Afghan border.

In 2019, Green Book was declared the Best Picture of 2018 at the 91st Oscars ceremony and Olivia Colman and Rami Malek took home top acting honors. 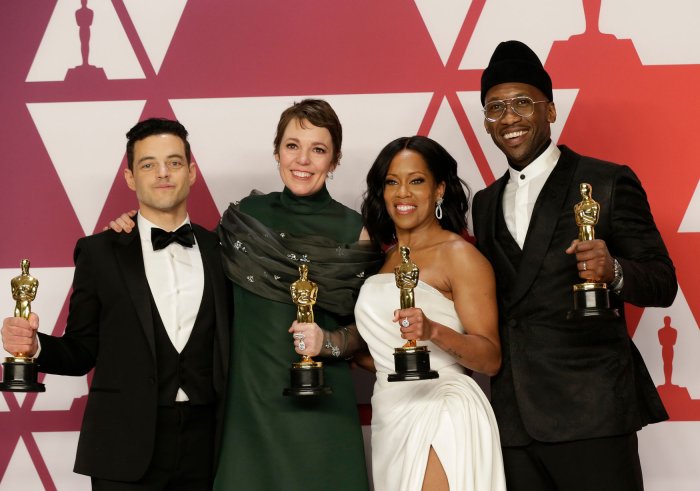 U.S. News // 1 hour ago
Police: 1 Florida teen killed, 2 seriously injured in crash of stolen car
Oct. 3 (UPI) -- A Florida teenager was killed and two others were hospitalized with serious injuries after crashing an allegedly stolen car while attempting to flee police.

U.S. News // 3 hours ago
Man dies after escalator fall at Steelers' game
Oct. 3 (UPI) -- Authorities said a man died after falling down an escalator inside the Acrisure Stadium following the Pittsburg Steelers' 24-20 home loss to the New York Jets.

U.S. News // 3 hours ago
U.S. will impose 'severe costs' on those who support Russia's annexation of Ukraine
Oct. 2 (UPI) -- The United States told Ukraine on Sunday that it will impose "severe costs" on anyone who supports Russia's attempts to annex four regions in eastern and southern Ukraine.

U.S. News // 13 hours ago
Coastal storm to bring days of dreary weather along Northeast beaches
AccuWeather meteorologists are tracking a new, non-tropical storm off East Coast of U.S., fed in part by Ian, they say will bring pounding surf, coastal flooding and windswept rainfall from Virginia to Long Island.
Advertisement