On This Day: India gains independence from Britain

On Jan. 26, 1950, India ceased to be a British dominion and became the Republic of India, the most populous democracy in the world.

Hindu devotees rest after taking a holy bath in the Ganges River during Kumbha Mela festival in Haridwar, India, on April 14, 2010. On January 26, 1950, India ceased to be a British dominion and became the Republic of India, the most populous democracy in the world. File Photo by Maryam Rahmanian/UPI | License Photo

On January 26, 1918, to promote food conservation during World War I, the U.S. government called for one meatless day, two wheatless days and two porkless days each week. File Image courtesy the Library of Congress

Monica Lewinsky attends the February 27, 2003, opening night festivities for the Broadway play, "Take Me Out." On January 26, 1998, in response to allegations that he had an affair with former White House intern Lewinsky, U.S. President Bill Clinton declared, "I did not have sexual relations with that woman." File Photo by Ezio Petersen/UPI | License Photo

LaVoy Finicum died after shots were fired when police stopped the Malheur National Wildlife Refugee occupiers on Highway 395 as they headed to a public meeting January 27, 2016, near Burns, Ore. File Photo by Jim Bryant/UPI | License Photo

In 1961, President John F. Kennedy named Dr. Janet Travell of New York City as his personal White House physician -- the first woman ever to be given such an assignment.

In 2016, one of the occupiers in the Malheur National Wildlife Refuge standoff in Oregon, LaVoy Finicum, was fatally shot by state troopers during a confrontation at a roadblock. Officers said he was reaching for a gun when they fired on him.

U.S. News // 4 hours ago
Arkansas aims to be the next to lift mask order
March 7 (UPI) -- Arkansas Gov. Asa Hutchinson said he aims to deliver his state an "off-ramp" to COVID-19 restrictions, by removing penalties last month and lifting the mask order by March 31 if it meets certain requirements.

World News // 9 hours ago
COVID-19 subsides in Britain with 82 new deaths, lockdown to ease
March 7 (UPI) -- The pandemic is diminishing in Britain, including an increase of 82 deaths Sunday, after a peak of more than 1,800 two months ago with restrictions to be reduced and vaccinations ramped up, much like elsewhere in Europe. 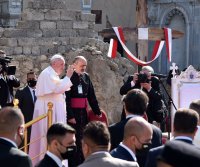 World News // 9 hours ago
Pope urges forgiveness where Islamic State ravaged churches
March 7 (UPI) -- Pope Francis urged Christians in Iraq to be open to forgiveness as he delivered a speech at the site of churches ravaged by the Islamic state on the final day of his trip to the nation.

U.S. News // 13 hours ago
Developing weather pattern could ignite severe weather in U.S.
March 7 (UPI) -- AccuWeather forecasters warn that residents of Central and Southern states should keep a close eye on the weather forecast in the coming days as potentially tumultuous changes can be on the way. 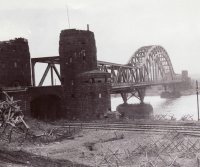