Mickey Rooney attends the premiere of "The Muppets" at the El Capitan Theatre, in the Hollywood section of Los Angeles on November 12, 2011. The Hollywood legend died April 6, 2014, at his home in Los Angeles. He was 93. File Photo by Jim Ruymen/UPI | License Photo

In 1830, the Church of Jesus Christ of Latter-Day Saints, originally known as the Church of Christ, was founded between three groups of followers in Fayette, Manchester and Colesville, N.Y.

In 1896, the first modern Olympics formally opened in Athens, Greece. The Olympics had last been staged 1,500 years earlier.

In 1909, explorers Robert Peary and Matthew Henson reached the North Pole. It would be November of the same year before the National Geographic Society confirmed the accomplishment.

In 1917, the United States declared war on Germany, propelling America into World War I.

In 1938, DuPont researchers Roy Plunkett and Jack Rebok stumbled upon the chemical compound that was later marketed as Teflon.

In 1947, the first Tony Awards, honoring distinguished work in the theater, were presented in New York City.

In 1968, federal troops and National Guardsmen were deployed in Chicago, Washington and Detroit as rioting continued over the assassination of Martin Luther King Jr.

In 1973, American League baseball teams used a designated hitter for the first time. It hasn't always been a popular rule.

In 1992, science fiction patriarch Isaac Asimov, author of works like The Bicentennial Man and I, Robot, died following a lengthy illness. He was 72.

In 1994, the presidents of Rwanda and Burundi were among those killed when their plane was hit by rockets as it was landing in Kigali, Rwanda. The attack triggered fighting between the Hutu and Tutsi ethnic groups that left hundreds of thousands of people dead in what became known as the Rwandan Genocide.

In 2004, the University of Connecticut became the first school to win both the NCAA Division I men's and women's college basketball championships the same year. The UConn teams did it again in 2014.

In 2005, Prince Rainier III of Monaco, one of Europe's longest-reigning monarchs, died from multiple organ failure at the age of 81. He was succeeded by Prince Albert, one of three children of Rainier and his wife, movie star Grace Kelly, who died in a car crash in 1982. 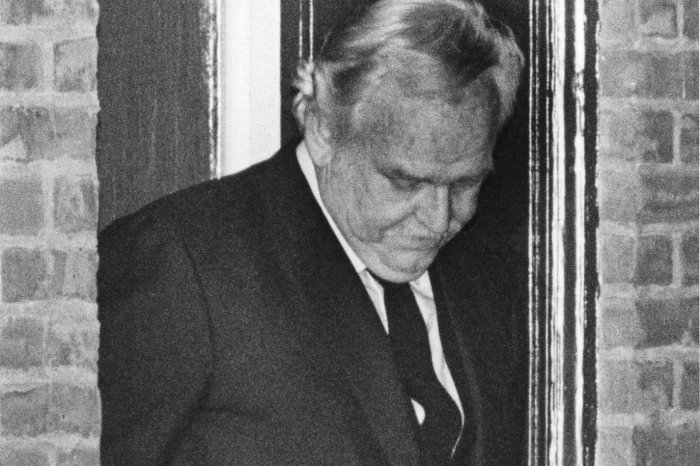 In 2009, a 6.3-magnitude earthquake struck central Italy's Abruzzo region, killing 307 people and causing damage throughout the city of L'Aquila.

In 2014, Hollywood legend Mickey Rooney died at his home in Los Angeles. He was 93.

U.S. News // 2 hours ago
ICE accidentally posts personal info of 6,252 immigrants online
Nov. 30 (UPI) -- U.S. Immigrations and Customs Enforcement is investigating an incident on Monday as personally identifiable data from 6,252 immigrants was posted on its website for about five hours.

U.S. News // 2 hours ago
Ohio man found guilty of 8 counts of murder
Nov. 30 (UPI) -- An Ohio man was found guilty Wednesday of planning and carrying out the 2016 murder of eight members of a family over a custody dispute.

Three men rescued from tanker's rudder after 11 days at sea