On This Day: Area codes introduced in United States

On Nov. 10, 1951, area codes were introduced in the United States, Canada and parts of the Caribbean, allowing direct-dialing of long-distance telephone calls.

Actor Leonardo DiCaprio is on the phone at the 2016 U.S. Open Tennis Championships at the USTA Billie Jean King National Tennis Center in New York City on September 11, 2016. On November 10, 1951, area codes were introduced in the United States, Canada and parts of the Caribbean, allowing direct-dialing of long-distance telephone calls. File Photo by Ray Stubblebine/UPI | License Photo

On November 10, 1994, the only privately owned manuscript of Italian Renaissance artist Leonardo da Vinci was sold at auction at Christie's in New York for $30.8 million, the highest amount paid for a manuscript. Bill Gates, pictured in 1998, purchased the codex. File Photo by Roger Williams/UPI | License Photo

Skyler K. Briggs takes her commissioning oath alongside fellow Marines in Annapolis, Md., on May 26. On November 10, 1775, the United States Marine Corps, then known as the Continental Marines, was formed by order of the Second Continental Congress. File Photo by Kevin Dietsch/UPI | License Photo

In 1775, the United States Marine Corps, then known as the Continental Marines, was formed by order of the Second Continental Congress.

In 1898, a mob of more than 2,000 people, angry over the election of a Fusionist white mayor and a biracial city council, went on a rampage throughout the city of Wilmington, N.C., targeting and killing African Americans.

In 1918, a Western Union Cable Office in Nova Scotia received a top-secret message stating that all fighting related the Great War (World War I) would cease on Nov. 11, 1918. 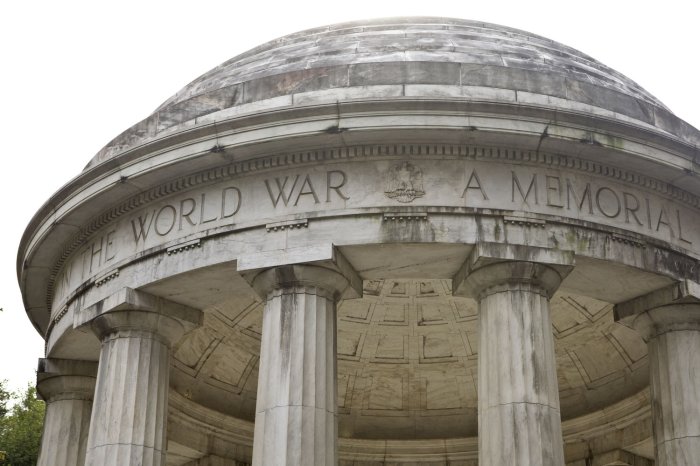 In 1942, Nazi troops entered previously unoccupied France, the de facto government of which was centered in Vichy state. The occupation was spurred by Allied forces teaming up with free French forces in North Africa to battle Axis powers. Germany already occupied northern France in 1940 and Vichy, led by Marshal Philippe Petain in the south, was considered to be a puppet of the Germans.

In 1969, Sesame Street premiered on PBS with the lofty ideals aimed at being an "experimental laboratory to stimulate the educational development of preschool children via television."

In 1975, the ore freighter Edmund Fitzgerald broke in two and sank during a storm on Lake Superior, killing all 29 crew members.

In 2017, comedian and actor Louis C.K. admitted sexual misconduct allegations against him were true.

Samsung announces it will release a foldable smartphone in 2019 Italian officials fine Apple, Samsung over software that slowed phones

World News // 11 hours ago
Gun salutes honor Prince Philip as low-key funeral planned amid COVID-19
April 10 (UPI) -- Gun salutes across the United Kingdom and British Commonwealth honored Prince Philip on Saturday as preparations were made for a somber funeral amid COVID-19 restrictions next Saturday.