On This Day: Mother Teresa dies at age 87

On Sept. 5, 1997, Mother Teresa died at age 87. Nineteen years later she was canonized as a saint in the Roman Catholic Church.

Mother Teresa, who was canonized a saint in the Roman Catholic Church, died on September 6, 1997. UPI File Photo | License Photo

Katie Couric wipes her eye while standing next to Matt Lauer during her last day on the NBC "Today" show from Rockefeller Center in New York City on May 31, 2006. On September 5, 2006, Couric became the first solo female anchor on a major U.S. television network when she took over the "CBS Evening News." File Photo by John Angelillo/UPI | License Photo

In 1836, Sam Houston was elected president of Texas.

In 1877, Oglala Sioux chief Crazy Horse was fatally bayoneted by a U.S. soldier after resisting confinement in a guardhouse at Fort Robinson, Neb. A year earlier, Crazy Horse was among the Sioux leaders who defeated George Armstrong Custer's Seventh Cavalry at the Battle of Little Bighorn in Montana Territory.

In 1975, Lynette "Squeaky" Fromme, a follower of mass murderer Charles Manson, failed in an attempt to shoot U.S. President Gerald Ford. Fromme was paroled in 2009 after 34 years in prison.

In 1978, President Jimmy Carter hosted Egyptian President Anwar Sadat and Israeli Prime Minister Menachem Begin at Camp David, Md., for Middle East peace talks that laid the groundwork for a permanent peace agreement between Egypt and Israel after three decades of hostilities. The summit resulted in the Camp David Accords, which earned Sadat and Begin the Nobel Peace Prize.

In 2006, Katie Couric, longtime co-host of the NBC Today show, became the first solo female anchor on a major U.S. television network when she took over the CBS Evening News.

In 2007, wealthy, record-setting U.S. adventurer-aviator Steve Fossett, 63, vanished on a short flight in western Nevada. He was declared dead five months later. Among his many records, he was the first person to fly around the world solo in a balloon and first to fly around the globe solo without refueling.

In 2014, U.S. officials said Ahmed Abdi Godane, leader of the Somalia-based Islamic militant organization al-Shabab, was killed in a U.S. airstrike. In 2012, the United States had posted a $7 million reward for his arrest.

In 2017, Swiss chocolatier Barry Callebaut introduced a new, fourth type of chocolate called "ruby chocolate." The red-hewed chocolate is made from the ruby cocoa bean and has a berry-fruit flavor. 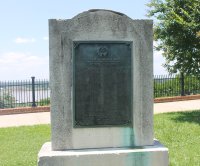 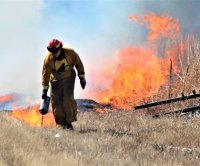 Defense News // 7 hours ago
DoD to assess climate change effects at installations worldwide
April 22 (UPI) -- The Department of Defense has adopted and expanded a tool developed by the Army Corps of Engineers and will use it project the effects of climate change on almost 1,400 locations, the Pentagon announced Thursday.