On May 1, 1985, President Ronald Reagan banned trade with Nicaragua to try to undermine the Sandinista government. President George H.W. Bush lifted the embargo in 1990.

In 1884, construction began on the world's first skyscraper -- the 10-story Home Insurance Co. building in Chicago.

In 1898, during the Spanish-American war, forces under U.S. Navy Adm. George Dewey routed the Spanish fleet in the Philippines.

In 1931, the Empire State Building was dedicated in New York City. At 102 stories, it was the world's tallest building for 40 years. 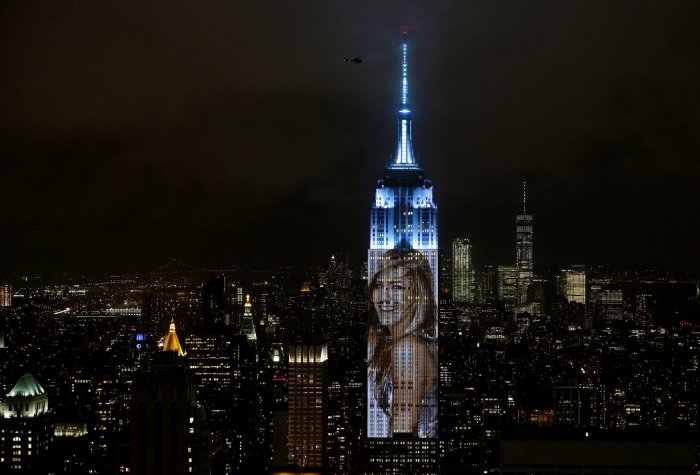 In 1960, the Soviet Union shot down a U.S. U-2 spy plane flown by Francis Gary Powers, who was captured.

In 1971, Amtrak, the U.S. national rail service that combined the operations of 18 passenger railroads, went into service.

In 1985, President Ronald Reagan banned trade with Nicaragua to try to undermine the Sandinista government. President George H.W. Bush lifted the embargo in 1990.

In 1986, a Soviet Embassy official, in a rare appearance before Congress, insisted that the Chernobyl nuclear accident was "not out of hand."

In 1991, Rickey Henderson of the Oakland Athletics stole his 939th base, making him the all-time leader.

In 1991, Nolan Ryan of the Texas Rangers pitched his record seventh no-hitter.

In 1999, a meeting between the Rev. Jesse Jackson and Yugoslav President Slobodan Milosevic led to the release of three U.S. soldiers captured a month earlier by Serbian troops.

In 2001, a former member of the Ku Klux Klan was convicted in Birmingham, Ala., in a 1963 church bombing that killed four black girls. He was given four life sentences.

In 2003, President George W. Bush, speaking from the aircraft carrier Abraham Lincoln, declared that major combat in Iraq was over and Defense Secretary Donald Rumsfeld announced the end of major U.S. combat operations in Afghanistan.

In 2005, five men in Madain, Iraq, confessed to the kidnapping and slaying of British aid worker Margaret Hassan.

In 2009, U.S. Supreme Court Justice David Souter announced he would retire in June. He served on the court for 19 years.

In 2011, President Barack Obama announced at 11:35 p.m. EDT that al-Qaida founder Osama bin Laden, architect of the Sept. 11, 2001, terrorist attacks on the United States and the face of global terrorism, was killed in a U.S. commando raid (May 2 Pakistan time) on his compound near the Pakistani capital.

In 2013, Chris Kelly of the rap duo Kris Kross died at the age of 34. The medical examiner's office in Atlanta later announced the cause of death was a drug overdose.

In 2016, a wildfire in Canada's oil-producing region of Fort McMurray forced the evacuation of more than 90,000 residents from the surrounding area and interrupted about one-quarter of Canada's daily oil production.

World News // 4 hours ago
Xi Jinping returns to Hong Kong for first trip outside of mainland China in two years
June 30 (UPI) -- Chinese President Xi Jinping traveled to Hong Kong on Thursday to mark the 25th anniversary of its return from British rule and to inaugurate the administration of its new chief executive, John Lee.

U.S. News // 6 hours ago
'Cloned' truck made it easy for smugglers to pass border, officials say
June 30 (UPI) -- Steve McCraw, director of the Texas Department of Public Safety, said that once a smuggler has assumed a legitimate truck's identity, it's easy for them to slip through border inspections.