On February 13, 1935, Bruno Richard Hauptmann was convicted of America's most colossal crime, and a jury determined that he would forfeit his life in the electric chair for the murder of baby Charles A. Lindbergh, Jr. File Photo courtesy of the Flemington Police Department

RELATED UPI Archives: Sue for files in case of man claiming to be Lindbergh son

In 1668, Portugal was recognized as an independent nation by Spain.

In 1861, the first Medal of Honor was awarded. It went to Col. Bernard Irwin, an assistant surgeon serving in the first major U.S. Army-Apache conflict.

In 1935, Bruno Richard Hauptmann was convicted of America's most colossal crime, and a jury determined that he would forfeit his life in the electric chair for the murder of baby Charles A. Lindbergh, Jr.

In 1945, thousands of Allied planes started bombing the German city of Dresden in World War II. The attack caused a firestorm that destroyed the city over a three-day period. Reports of the death toll varied widely over the years, with many researchers eventually estimating it was in the 25,000 range.

In 1960, France tested its first atomic weapon, making it the fourth nuclear power.

In 1983, a blaze engulfed a crowded movie theater in Turin, Italy, killing 74 people, many of them teenagers trampled to death in a panic-stricken race to the exits.

In 2001, more than 400 people were killed in an earthquake in El Salvador.

In 2006, a U.N. report accused the United States of violating prisoners' rights at its military base in Guantanamo Bay, Cuba.

In 2009, a Continental airlines turboprop commuter plane crashed into a house near Buffalo, N.Y., killing 50 people, including one person in the house.

In 2013, authorities announced that 10 police officers in the Atlanta area had been charged with taking payoffs to protect a drug gang. The U.S. attorney in the city said "the breadth of corruption is troubling."

In 2014, the Afghan government, despite protests from the U.S. military, released 65 suspected members of the Taliban from prison.

In 2017, national security adviser Michael Flynn resigned for misleading Vice President Mike Pence about discussions he had with Russia's ambassador. The retired general held the position for 24 days.

A thought for the day: U.S. Sen. Edward M. Kennedy, D-Mass., said, "I hope for an America where we can all contend freely and vigorously, but where we will treasure and guard those standards of civility which alone make this nation safe for both democracy and diversity."

World News // 3 minutes ago
More than 100 killed by landslide at rainy Myanmar jade mine
July 2 (UPI) -- A large landslide at a jade mining site in northern Myanmar Thursday killed at least 113 people and left the fate of dozens more unknown, authorities said.

U.S. News // 2 hours ago
Judge rules publisher of tell-all book by Trump's niece not beholden to NDA
July 2 (UPI) -- A New York State appellate judge has ruled Simon & Schuster can proceed with publishing a tell-all book about President Donald Trump a day after a lower court imposed a temporary injunction against its publication.

Top News // 4 hours ago
UPI Almanac for Thursday, July 2, 2020
On July 2, 1917, Greece declared war on the Central Powers, joining World War I on the side of Britain, France, Russia and Italy.

Top News // 4 hours ago
On This Day: Greece joins World War I
July 2 (UPI) -- On July 2, 1917, Greece declared war on the Central Powers, joining World War I on the side of Britain, France, Russia and Italy.

World News // 4 hours ago
Russians vote to allow Putin to rule until 2036
July 2 (UPI) -- Russians overwhelming voted to pass constitutional amendments that could allow President Vladimir Putin to remain in power until 2036, according to preliminary results released Thursday.

U.S. News // 6 hours ago
U.S. warns companies of human rights abuses in Chinese supply chain
July 1 (UPI) -- The Trump administration issued an advisory warning Americans over the risks of doing business in China due to human rights abuses it accuses the communist government of committing against its Muslim-minority population. 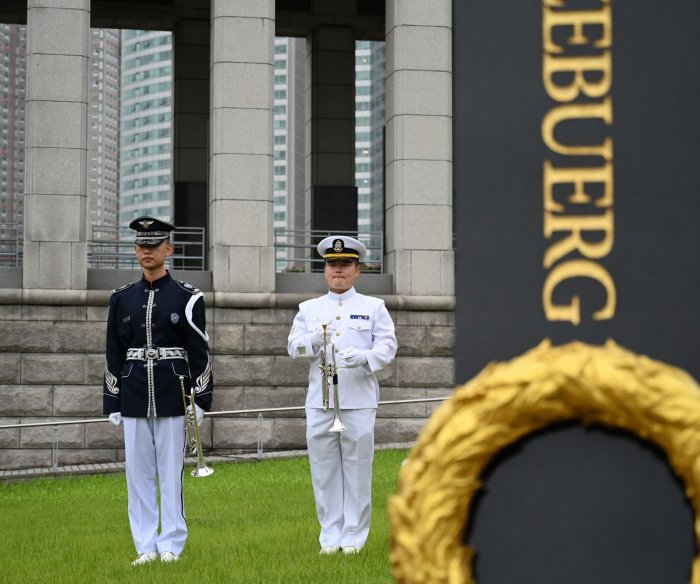