On Dec. 10, 2009, President Barack Obama accepted the Nobel Peace Prize, urging attendees to reach for the world "as it ought to be."

In 1768, Encyclopedia Britannica was first published.

In 1817, Mississippi joined the United States as the 20th state.

In 1869, the Territory of Wyoming granted women the right to vote.

In 1884, Adventures of Huckleberry Finn by Mark Twain was published.

In 1898, Spain signed a treaty officially ending the Spanish-American War. It gave Guam, Puerto Rico and the Philippines to the United States.

In 1901, the Nobel Prizes were first awarded in Oslo, Norway, and Stockholm, Sweden.

In 1941, Japanese troops landed on northern Luzon in the Philippines in the early days of World War II.

In 1950, U.S. diplomat Ralph Joseph Bunche received the Nobel Peace Prize for his peace mediation during the first Arab-Israeli war. He was the first African-American to win the award.

In 1984, the National Science Foundation reported the discovery of the first planet outside the solar system -- 21 million light-years from Earth.

In 1990, communists won a major victory in the first postwar multiparty elections in the Yugoslavian republics of Serbia and Montenegro.

In 2002, the Roman Catholic diocese of Manchester, N.H., admitted responsibility for failing to protect children from abusive priests.

In 2005, Richard Pryor, who pushed the envelope on racial themes and vulgarity in standup and movie comedy, died of cardiac arrest. He was 65.

In 2006, Gen. Augusto Pinochet, the former president of Chile who seized power in a bloody 1973 coup and ruled the nation for 17 years, died at the age of 91.

In 2009, President Barack Obama accepted the Nobel Peace Prize, urging attendees to reach for the world "as it ought to be."

In 2010, Chinese dissident and Nobel Peace Prize winner Liu Xiaobo, represented by a portrait and an empty chair, was honored during the Nobel presentations in Oslo, Norway. Liu was in a northeastern China prison serving an 11-year sentence for subversion and his family was forbidden from attending the ceremony.

In 2011, Western countries and the U.N. urged calm in the Democratic Republic of Congo after President Joseph Kabila was declared the winner in disputed elections.

In 2016, Bob Dylan skipped the ceremony to receive his Nobel Prize for literature in Stockholm, saying he had "pre-existing commitments." The singer picked up the award in April 2017.

A thought for the day: "People rarely succeed unless they have fun in what they are doing." -- Dale Carnegie

U.S. News // 23 minutes ago
VA nominee McDonough: Guiding veterans through pandemic will be top priority
Jan. 27 (UPI) -- Denis McDonough, President Joe Biden's nominee to head the Department of Veterans Affairs, said if confirmed he will make "getting our veterans through this pandemic" a top priority. 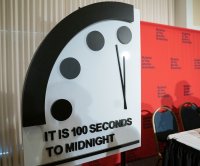 World News // 2 hours ago
Indonesia's Mount Merapi produces thunderous eruption
Mount Merapi, the most active volcano in Indonesia, erupted Wednesday, sending a river of lava down its slopes and causing searing gas clouds to billow 10,000 feet into the sky. 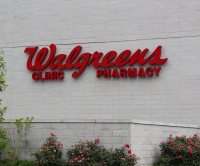 U.S. News // 4 hours ago
U.S. markets fall amid negative Fed outlook, GameStop speculation
Jan. 27 (UPI) -- The Dow Jones Industrial Average had its worst day since October and the S&P 500 erased its gains for the year amid pessimism from the Federal Reserve and concern over speculative trading of GameStop and AMC stock.

U.S. News // 4 hours ago
Homeland security warns of domestic extremism threat
Jan. 27 (UPI) -- The Department of Homeland Security issued a national terrorism advisory bulletin Wednesday warning of a heightened threat throughout the United States inspired by an attack at the U.S. Capitol three weeks ago.