In 2016, former New York Jets running back Joe McKnight was fatally shot in a road-rage incident outside of New Orleans. 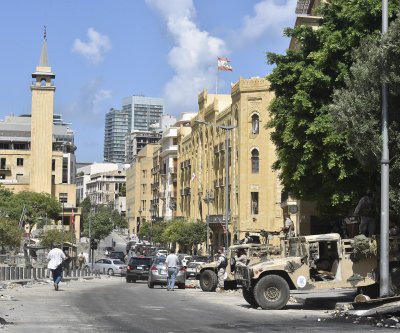 World News // 17 hours ago
World leaders pledge $300M to Lebanese 'people' after explosion
Aug. 9 (UPI) -- World government leaders have pledged nearly $300 million in humanitarian assistance, including $17 million from the United States, to be given directly to the people of Lebanon after a blast in Beirut killed more than 1