On November 27, 2006, while deposed Iraqi leader Saddam Hussein awaited court-ordered execution on his earlier mass-murder conviction, Baghdad prosecutors resumed his second trial in which he and six others were charged with crimes against humanity in the deaths of up to 180,000 Kurds in 1987-88. File Photo by Ismael Mohamad/UPI | License Photo

In 1901, the U.S. War Department authorized creation of the Army War College to instruct commissioned officers. It was built in Leavenworth, Kan.

In 1989, Virginia certified Douglas Wilder as the first elected U.S. African-American governor by a margin of 0.38 percent of the vote. 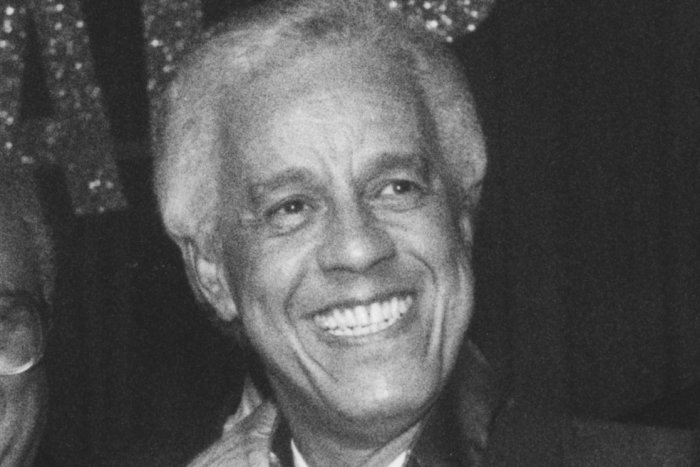 In 2003, U.S. President George W. Bush arrived in Iraq under the cover of darkness in a surprise visit to U.S. forces in Baghdad. The president mingled with troops gathered in a hangar for Thanksgiving dinner and joined the serving line, dishing out corn and sweet potatoes. Bush's 2 1/2 hour stay marked the first time a U.S. president traveled to Iraq.

In 2006, while deposed Iraqi leader Saddam Hussein awaited court-ordered execution on his earlier mass-murder conviction, Baghdad prosecutors resumed his second trial in which he and six others were charged with crimes against humanity in the deaths of up to 180,000 Kurds in 1987-88.

In 2009, golf superstar Tiger Woods was treated and released at a hospital after his car slammed into a fire hydrant and tree near his home in suburban Orlando, Fla. Police said Woods was unconscious and they were told his wife smashed a window with a golf club to pull him from the car.

In 2010, South Korea and the United States shrugged off North Korean warnings and started four days of naval exercises in the Yellow Sea. North Korea, which shelled a South Korean island a few days earlier in an effort to head off the exercises, warned the drills would move the region closer to "the brink of war."

In 2012, seven people stripped naked in U.S. House Speaker John Boehner's office to protest potential funding cuts for AIDS research. Three of the protesters, all women, were charged with lewd and indecent acts.

In 2015, a gunman was arrested following a shootout at a Planned Parenthood facility in Colorado Springs, Colo. The incident left three dead, including a University of Colorado at Colorado Springs police officer.

U.S. News // 2 hours ago
Pentagon to vet National Guard for 'insider threat' ahead of inauguration
Jan. 18 (UPI) -- Acting Defense Secretary Christopher Miller on Monday said officials will vet the thousands of National Guard troops who will provide security in Washington, D.C., for the inauguration of President-elect Joe Biden.

U.S. News // 5 hours ago
U.S. Census director quits early
Jan. 18 (UPI) -- The head of the U.S. Census announced his resignation Monday, almost a year before he was scheduled to retire, amid a showdown over the Trump administration's orders about the counting of undocumented U.S. residents.

World News // 13 hours ago
1 dead and 2 missing after Russia avalanche
Jan. 18 (UPI) -- Russian emergency officials said one person has died and two are still missing after an avalanche struck a ski trail in the North Caucasus region on Monday.

U.S. News // 9 hours ago
Sen. Kamala Harris resigns from U.S. Senate ahead of inauguration
Jan. 18 (UPI) -- Kamala Harris formally stepped down from her role as senator Monday in advance of taking the oath of office as vice president of the United States in the 59th presidential inauguration.

U.S. News // 9 hours ago
Poll: Americans still worried about coronavirus, fewer believe it's getting worse
Jan. 18 (UPI) -- A Gallup survey released Monday found a modest reduction in the number of U.S. residents saying the COVID-19 pandemic was "getting worse."