Mohamed ElBaradei, chief of the International Atomic Energy Agency, which will monitor the shutdown of North Korea's nuclear reactor, is in Seoul, South Korea to take part in a commemorative conference on his agency's 50th anniversary in the country on July 12, 2007. On October 7, 2005, the International Atomic Energy Agency and its director general, Mohamed ElBaradei, were awarded the Nobel Peace Prize. File Photo by Keizo Mori/UPI | License Photo

A statue of Helen Keller is unveiled in the Capitol Rotunda on Capitol Hill in Washington on October 7, 2009. File photo by Roger L. Wollenberg/UPI | License Photo

In 1913, for the first time, Henry Ford's entire Highland Park automobile factory was run on a continuously moving assembly line.

In 1916, Georgia Tech defeats Cumberland University 222-0 in the most lopsided college football game in American history.

In 1963, President John F. Kennedy signs the Limited Test Ban Treaty. Signed by the Soviet Union, the United Kingdom, and the United States, the treaty was developed to slow the nuclear arms race and reduce the amount of nuclear fallout in the earth's atmosphere.

In 1985, a mudslide in Ponce, Puerto Rico, killed an estimated 500 people in the island's worst disaster of the 20th century.

In 1991, Slovenia and Croatia formally declared secession from Yugoslavia.

In 2000, Vojislav Kostunica was sworn in as Yugoslavia's president.

In 2003, Californians voted to recall Democratic Gov. Gray Davis and elected actor Arnold Schwarzenegger, a Republican, as their new governor. 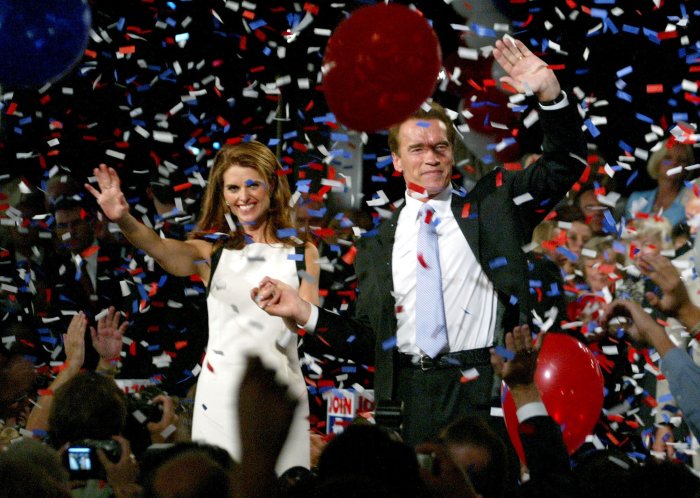 In 2005, the International Atomic Energy Agency and its director general, Mohamed ElBaradei, were awarded the Nobel Peace Prize.

In 2009, a statue of blind and deaf 7-year-old Helen Keller at the moment she got a sense of language was unveiled at the U.S. Capitol. She is shown at a pump with water running into one hand while alphabet motions on her other hand (by teacher Anne Sullivan) spell "w-a-t-e-r." Keller went on to become a world-famous speaker and author of a dozen books.

In 2010, the Nobel Peace Prize was awarded to Liu Xiaobo, an opponent of the Chinese regime imprisoned for seeking democratic reforms.

In 2013, seven Egyptian soldiers were killed by insurgents a day after at least 53 other people died in clashes between security forces and supporters of ousted President Mohamed Morsi. Interim Prime Minister Hazem Beblawi said in a televised address it was a "critical time" for Egypt and appealed to the people to "stand together, be optimistic about the future."

U.S. News // 45 minutes ago
U.S. sanctions company, three people tied to IS funds
May 18 (UPI) -- The Biden administration imposed sanctions to cut off international donations to the Islamic State. 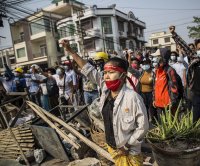 World News // 21 hours ago
Biden voices support for Gaza cease-fire in call with Netanyahu
May 17 (UPI) -- President Joe Biden on Monday voiced support for a cease-fire agreement ending escalating violence in Gaza, the White House said, but did not call on Israel to immediately halt its airstrikes. 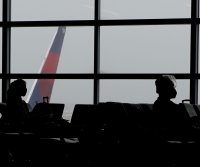 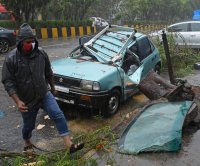