On Aug. 11, 2007, the Evangelical Lutheran Church in America voted to refrain from disciplining members of the clergy involved in same-sex relationships.

Jason Dufner holds the Wanamaker Trophy after the final round of the PGA Championship at Oak Hill Country Club in Rochester, N.Y., on August 11, 2013. Dufner won the 2013 PGA Championship with a score of 10 under par. File Photo by John Angelillo/UPI | License Photo

King Husssein of Jordan answers questions from the audience following his speech at Brown University Commencement Forum on May 25, 1985. On August 11, 1952, Jordan's parliament ousted King Talal for being mentally unfit to rule and named his 17-year-old son King Hussein. The young king would go on to rule 43 years, until his death Feb. 7, 1999. UPI File Photos | License Photo

Thomas Edison poses in his laboratory in Orange, N.J., on June 16, 1888, amidst his first gramophone invention. On August 11, 1877, Thomas Edison described the fundamentals of the phonograph to an assistant and instructed him to build the first one. UPI File Photo | License Photo

In 1952, Jordan's parliament ousted King Talal for being mentally unfit to rule and named his 17-year-old son King Hussein. The young king would go on to rule 43 years, until his death Feb. 7, 1999.

In 1984, in an off-air radio voice check picked up by TV cameras, U.S. President Ronald Reagan joked, "My fellow Americans, I'm pleased to tell you today that I've signed legislation that will outlaw Russia forever. We begin bombing in 5 minutes." The Kremlin wasn't amused.

In 1991, a Lebanese militant group, the Revolutionary Justice Organization, released U.S. hostage Edward Tracy, 60, who was a captive for nearly five years.

In 1994, Major League Baseball players went on strike following the conclusion of the day's games.

In 1997, Bill Clinton became the first U.S. president to use the line-item veto, a power granted by Congress the year before.

In 1998, two boys, ages 12 and 14, were found to be "delinquent" (the juvenile court equivalent of a guilty verdict) in the fatal March shootings of four students and a teacher at their middle school in Jonesboro, Ark.

In 1999, the Kansas State Board of Education voted to drop the theory of evolution from the public school curriculum.

In 2007, the Evangelical Lutheran Church in America voted to refrain from disciplining members of the clergy involved in same-sex relationships.

In 2009, Eunice Kennedy Shriver, younger sister of President John Kennedy, mother of former California first lady Maria Shriver and founder of the Special Olympics, died in a Cape Cod, Mass., hospital. She was 88. She devoted much of her life to raising funds for, and awareness of, people with mental disabilities.

In 2010, former U.S. Rep Dan Rostenkowski, D-Ill., who rose to be chairman of the House Ways and Means Committee and went to prison after he was indicted on corruption charges and pleaded guilty to mail fraud, died after a long battle with cancer. He was 82.

In 2013, laid-back Jason Dufner won the PGA Championship at Oak Hill in Pittsford, N.Y. After the victory, his wife, Amanda, was asked if Dufner ever got nervous. "If he has been," she said, "he's never told me."

In 2014, Oscar-winning actor and comedian Robin Williams died at age 63 in Tiburon, Calif. "This is a sudden and tragic loss," his publicist said. Williams' wife, Susan Schneider, said "the world lost one of its most beloved artists and beautiful human beings." Williams' death was ruled a suicide. 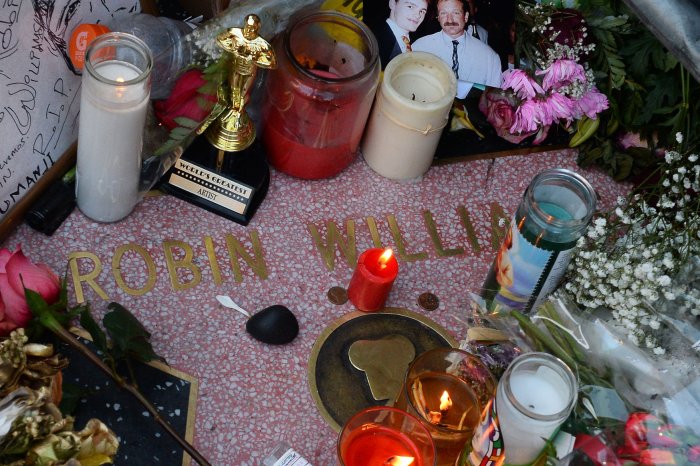 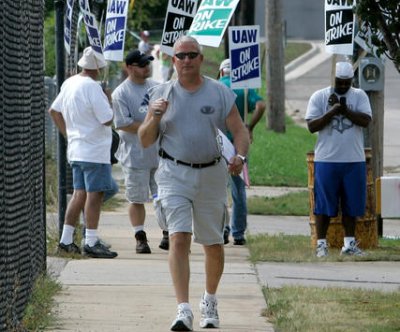