On This Day: U.S. drops atomic bomb on Nagasaki

On August 9, 1945, a U.S. B-29 bomber dropped an atomic bomb on the Japanese city of Nagasaki, three days after doing the same to Hiroshima.

On August 9, 1945, two planes of the 509th Composite Group, part of the 313th Wing of the 20th Air Force participated in a mission to drop an atomic bomb on Nagasaki. A few days later, Japan surrendered and World War II was over. UPI File Photo | License Photo

Jesse Owens, 22, wins a gold metal at the 1936 Berlin Olympics. Next to him, Germany's Luz Long gives the Nazi salute. Photo by UPI

Charles Manson is taken into custody at the Los Angeles jail in 1969 after being charged, and later convicted, with the murders of actress Sharon Tate and her unborn child along with several of her friends. The murders took place on August 9, 1969. File Photo by Ernie Schwork/UPI

In 1483, the Sistine Chapel opens in the Vatican.

In 1854, Walden was published by Henry David Thoreau.

In 1993, King Albert II of Belgium was crowned 10 days after King Baudouin I, his older brother, died of heart failure. King Albert II abdicated in 2013 for health reasons.

In 1995, rock legend and lead guitarist of the Grateful Dead, Jerry Garcia, died at age 53. He had been undergoing treatment at a drug rehabilitation center at the time.

In 2011, the Obama administration announced the first fuel efficiency standards for heavy trucks, projected to save U.S. businesses that operate and own the commercial vehicles about $50 billion in fuel costs over the life of the program.

In 2013, Quazi Mohammad Rezwanul Ahsan Nafis, 22, a Bangladeshi man who pleaded guilty to terrorism charges for trying to blow up the Federal Reserve Bank in New York City, was sentenced to 30 years in prison. "I'm ashamed," he said. "I'm lost. I tried to do a terrible thing. I alone am responsible for what I've done. Please forgive me."

In 2014, a white police officer shot and killed a black youth, Michael Brown, 18, in Ferguson, Mo., touching off weeks of protests. 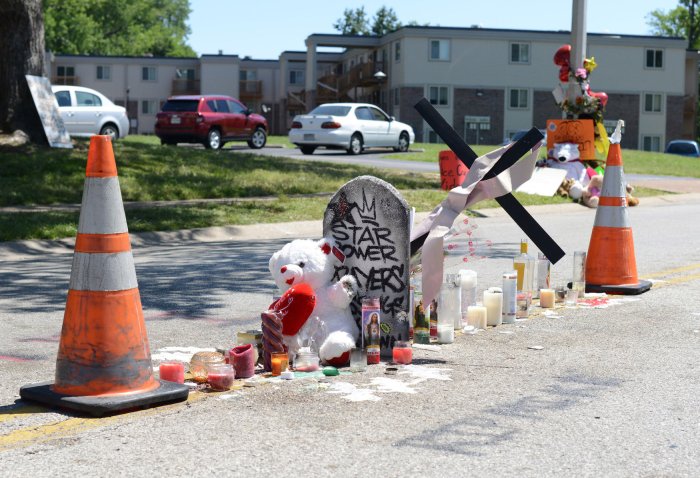 A memorial was established in the middle of the street in Ferguson, Mo., for Michael Brown, who was shot there by a Ferguson police officer on August 9, 2014. File Photo by David Broome/UPI

UPI Archives: For one reporter, 1945 visit to Hiroshima was about more than a scoop Famous birthdays for Aug. 9: Anna Kendrick, Sam Elliott

U.S. News // 18 hours ago
Trump declares political journey is 'far from over' to close CPAC 2021
Feb. 28 (UPI) -- Former President Donald Trump hinted at another run for president in 2024 in his first speech since leaving office to close out the Conservative Political Action Conference on Sunday from Orlando, Fla.