On This Day: 110 years ago, United Press is formed by E.W. Scripps

The interior of a United Press office at the Munsey Trust Building in Washington, D.C., circa 1909. File Photo by Harris and Ewing/UPI

In 2002, John Walker Lindh, a 21-year-old American captured by the U.S. military in Afghanistan while with Taliban forces, admitted he had fought as a soldier with them. After cooperating in the investigation of the terrorist network, he was sentenced to 20 years in prison. File Photo courtesy Alexandria County Sheriff's Department | License Photo

Nixon tries his luck at eating with chopsticks during the farewell banquet upon completion of his historic visit to China in 1972. At left is premier Chou En-Lai and at right is Communist Party Leader Chang Chung-chiao. On July 15, 1971, Nixon disclosed plans to make the unprecedented visit to the People's Republic of China. File Photo by Dirck Halstead/UPI | License Photo

Five years later, E.W. Scripps wrote in a letter to UP General Manager Roy Howard that "in those, my youthful days of pride, my vanity swelled at the thought that I was to be the savior of the free press in America."

In 1958, UP became United Press International after it absorbed the International News Service, a wire agency founded by William Randolph Hearst.

Over it's 110-year history, UPI has won a number of Pulitzer Prizes, including for Merriman Smith's reporting on the assassination of President John F. Kennedy, Kyoichi Sawada's photo of the war in Vietnam in 1965 and Lucinda Franks and Thomas Power's five-part article about revolutionary Diana Oughton.

In 1799, the Rosetta Stone, which helped decipher ancient Egyptian hieroglyphics, was found in an Egyptian village by French soldiers.

In 1806, Zebulon Pike began an expedition to explore the American Southwest.

In 1912, the U.S. Olympic team, led by all-round athlete Jim Thorpe, took more medals than any other country at the Summer Games in Stockholm, Sweden.

In 1945, Italy declared war on Japan, its former Axis partner.

In 1965, the unmanned spacecraft Mariner 4 passed over Mars at an altitude of 6,000 feet and sent the first close-up images of the planet to Earth.

A view of the surface Mars taken by Mariner 4 on July 14, 1965. File Photo courtesy NASA

In 1968, a Soviet Aeroflot jetliner landed at New York's JFK Airport, marking the beginning of direct commercial flights between the United States and the Soviet Union.

In 1971, U.S. President Richard Nixon disclosed plans to make an unprecedented visit to the People's Republic of China. He made the historic trip in February 1972.

In 1992, Arkansas Gov. Bill Clinton was nominated as the Democratic Party's candidate for president.

In 1997, Italian fashion designer Gianni Versace was shot to death in front of his Miami mansion. The prime suspect was Andrew Cunanan, already wanted in four other slayings. He was found dead a week later, an apparent suicide.

In 2002, John Walker Lindh, a 21-year-old American captured by the U.S. military in Afghanistan while with Taliban forces, admitted he had fought as a soldier with them. After cooperating in the investigation of the terrorist network, he was sentenced to 20 years in prison.

In 2007, the Los Angeles Roman Catholic Archdiocese agreed to a $600 million settlement with 508 people who said they had been sexually abused by members of the clergy.

In 2010, BP, the London energy company, announced it had capped its crippled underwater well that sent millions of barrels of crude gushing into the Gulf of Mexico over the previous three months after an offshore drilling rig explosion and fire killed 11 workers and unleashed an unchecked torrent from the depths. 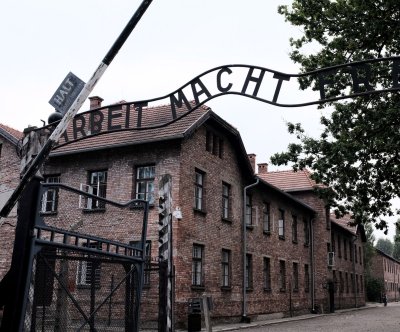