On April 3, 1996, the FBI raided a Montana cabin and arrested Theodore Kaczynski, a former college professor, accusing him of being the "Unabomber" whose mail bombs had killed three people and injured 23 since the 1970s. Kaczynski was sentenced to life in prison. 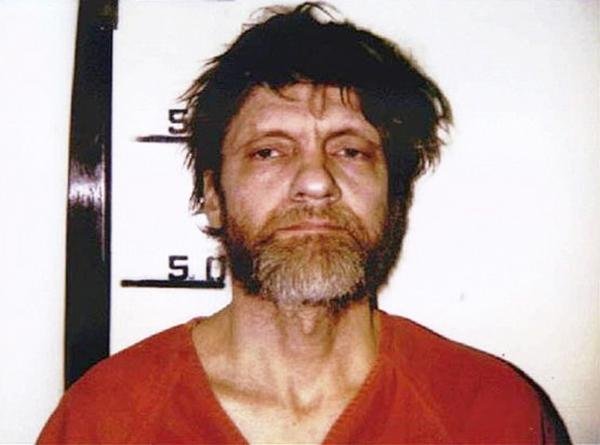 On April 3, 1996, the FBI raided a Montana cabin and arrested Theodore Kaczynski, a former college professor, accusing him of being the "Unabomber" whose mail bombs had killed three people and injured 23 since the 1970s. Photo courtesy FBI

In 1944, in a case out of Texas, the U.S. Supreme Court ruled that barring African-Americans from voting violated the 15th Amendment to the U.S. Constitution.

In 2000, the Department of Justice ruled that Microsoft had become a monopoly and in the process, had violated United States antitrust law. Four months later the court ordered the breakup of the technology company.

In 2003, U.S. President George W. Bush told Marines at Camp Lejeune in North Carolina that victory was at hand in Iraq. On that day, coalition troops crossed the Tigris River and moved to within 25 miles of Baghdad.

In 2013, a Pew Research Poll found 84 percent of U.S. Catholics had a favorable impression of new Pope Francis.

A thought for the day: "If someone is gay and he searches for the Lord and has good will, who am I to judge?" -- Pope Francis

U.S. News // 34 minutes ago
Missouri executes Leonard Taylor for 2004 quadruple murder
Feb. 8 (UPI) -- The State of Missouri has executed Leonard "Raheem" Taylor for the 2004 murder of his girlfriend and her three children.

Top News // 1 hour ago
UPI Almanac for Wednesday, Feb. 8, 2023
On Feb. 8, 1993, at least 132 people were killed when a Russian-made Tupolev jetliner collided with a Sukhoi military aircraft near Tehran.

U.S. News // 3 hours ago
Illinois Rep. Ramirez urges Biden, Democrats to stand up to MAGA extremism
Feb. 8 (UPI) -- House Rep. Delia Ramirez on Tuesday night urged President Joe Biden and their Democratic Party to stand up to Republican extremism while calling for more working-class people to join her in leading the country.

World News // 1 day ago
Erdogan declares state of emergency in Turkey, as death toll exceeds 7,800
Feb. 7 (UPI) -- Turkish President Recep Tayyip Erdogan announced a three-month state of emergency on Tuesday, as the death toll from a powerful earthquake that struck southern Turkey and northern Syria rose to over 7,800.