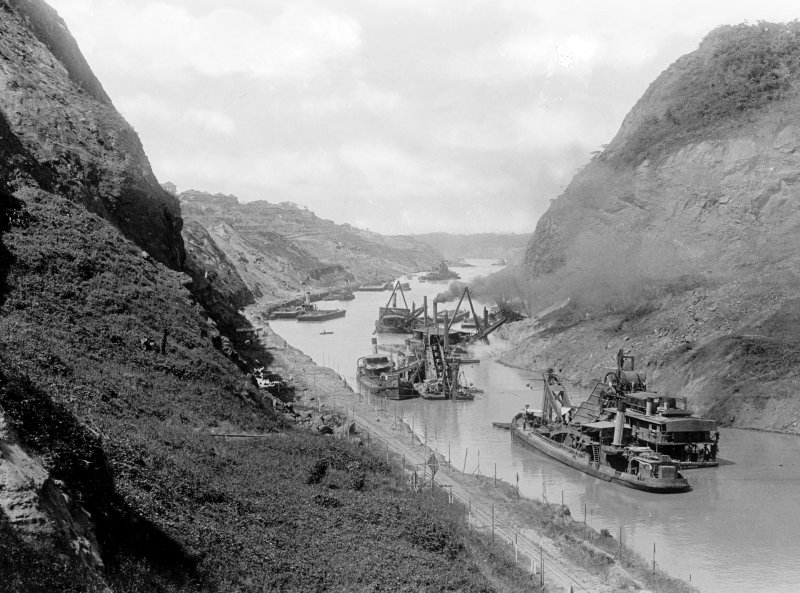 Construction of the Panama Canal, looking north at Gold Hill, from the Cucaracha Slide ca. 1912. File Photo by Library of Congress/UPI

In 1879, Thomas Edison gave the first public demonstration of his incandescent lamp -- in Menlo Park, N.J.

In 1929, Guy Lombardo and his Royal Canadians did their first New Year's Eve broadcast from the Roosevelt Grill in New York City.

In 1983, the court-ordered breakup of the American Telephone and Telegraph Co. took effect.

In 1985, fire broke out on a chartered DC-3 aircraft and it crashed in northeastern Texas, killing rock singer Rick Nelson, his fiancee and five band members.

In 2004, authorities in Buenos Aires reported at least 175 deaths and hundreds of injuries in a fire at a crowded nightclub. A government official said, "Only two exits were open; the others were tied up with wire. These young people were doomed in a death trap."

In 2006, Romania and Bulgaria joined the European Union, increasing its membership to 27 countries. Croatia became the 28th EU member in 2013.

A thought for the day: "Tomorrow, is the first blank page of a 365 page book. Write a good one." -- Brad Paisley

U.S. News // 36 minutes ago
Police trying to piece together Texas school shooting as nation mourns 19 children, 2 educators
May 25 (UPI) -- Authorities in south-central Texas will give an update Wednesday on the elementary school attack that killed nearly 20 children and two educators and became the deadliest school shooting in the United States in a decade. 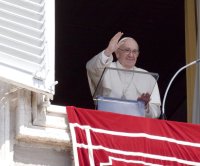 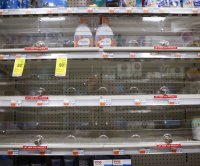 U.S. News // 3 hours ago
'We let you down': Execs testify in Congress to explain U.S. shortage of baby formula
May 25 (UPI) -- Officials from the Food and Drug Administration and U.S. manufacturers of baby formula will appear in Congress on Wednesday to testify about what's causing the ongoing formula shortage and what the answers might be. 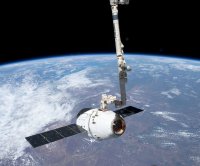 U.S. News // 7 hours ago
Glencore agrees to pay $1.1B to settle bribery, price-fixing charges
May 25 (UPI) -- Glencore International has pleaded guilty to running a multinational bribery scheme and manipulating fuel oil prices in the United States and will pay some $1.1 billion in penalties.

U.S. News // 9 hours ago
U.S. sanctions Hamas official, facilitator network
May 24 (UPI) -- The United States blacklisted a Hamas finance official and an expansive network of facilitators and companies across the Middle East and North Africa that generate funds for the Palestinian militant organization.
Advertisement