On Nov. 27, 2009, Tiger Woods was treated and released at a hospital after his car slammed into a fire hydrant and tree near his home in suburban Orlando, Fla. Police said Woods was unconscious and they were told his wife smashed a window with a golf club to pull him from the car.

Tiger Woods reacts after missing a putt during a playoff round of the U.S. Open at Torrey Pines Golf Course in La Jolla, California, June 16, 2008. Woods was treated and released at a hospital on November 27, 2009, after his car slammed into a fire hydrant and tree near his home in suburban Orlando, Fla. Photo by Kevin Dietsch/UPI | License Photo

In 1901, the U.S. War Department authorized creation of the Army War College to instruct commissioned officers. It was built in Leavenworth, Kansas.

In 1989, Virginia certified Douglas Wilder as the first elected U.S. African-American governor by a margin of 0.38 percent of the vote.

In 2003, U.S. President George W. Bush arrived in Iraq under the cover of darkness in a surprise visit to American forces in Baghdad. The president mingled with troops gathered in a hangar for Thanksgiving dinner and joined the serving line, dishing out corn and sweet potatoes. Bush's 2½ hour stay marked the first time a U.S. president traveled to Iraq.

In 2006, while deposed Iraqi leader Saddam Hussein awaited court-ordered execution on his earlier mass murder conviction, Baghdad prosecutors resumed his second trial in which he and six others were charged with crimes against humanity in the deaths of as many as 180,000 Kurds in 1987-88.

In 2009, golf superstar Tiger Woods was treated and released at a hospital after his car slammed into a fire hydrant and tree near his home in suburban Orlando, Fla. Police said Woods was unconscious and they were told his wife smashed a window with a golf club to pull him from the car.

In 2010, South Korea and the United States shrugged off North Korean warnings and started four days of naval exercises in the Yellow Sea. North Korea, which shelled a South Korean island a few days earlier in an effort to head off the exercises, warned the drills would move the region closer to "the brink of war."

In 2012, seven people stripped naked in U.S. House Speaker John Boehner's office to protest potential funding cuts for AIDS research. Three of the protesters, all women, were charged with lewd and indecent acts.

In 2013, police in Tucson said three sisters, 12, 13 and 17, had been imprisoned for possibly two years in their parents' home, forced to listen to loud music day and night, fed once a day and seldom permitted to bathe.The ordeal ended after the two younger girls escaped and ran to a neighbor's home. The girls were described as malnourished and filthy. Charges against their mother and stepfather included kidnapping and child abuse.

In 2015, a gunman was arrested following a shootout at a Planned Parenthood facility in Colorado Springs, Colo. The incident left three dead, including a University of Colorado at Colorado Springs police officer.

A thought for the day: "Not what we say about our blessings, but how we use them, is the true measure of our thanksgiving." -- W.T. Purkiser 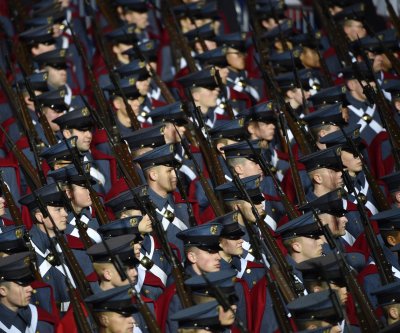 World News // 2 hours ago
Malaysia prime minister faces calls to resign after emergency request
Oct. 26 (UPI) -- Malaysia's prime minister is encountering calls for his resignation after only eight months in power over his handling of the coronavirus pandemic. 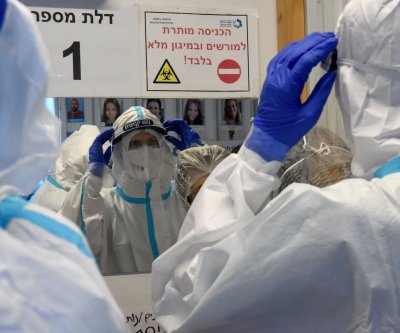