On Nov. 13, 1947, development of the AK-47 is completed by the Soviet Union. Between 70 and 100 million of these assault rifles have been produced since then.

In 1947, development of the AK-47 is completed by the Soviet Union. Between 70 and 100 million of these assault rifles have been produced since then.

In 1956, the U.S. Supreme Court upheld the federal district court's ruling in Browder v. Gayle (1956) that segregation on interstate buses was unconstitutional. They would issue their decision in December with the Montgomery Bus Boycott ending quickly thereafter.

In 1970, more than 500,000 people died in a single night as the Bhola cyclone devastated the Ganges Delta region in what is now Bangladesh.

In 1985, the Nevado del Ruiz volcano erupted in Colombia, killing 25,000 people. It was one of the deadliest volcanic eruptions in history.

In 2010, the military government of Myanmar, formerly Burma, released pro-democracy leader Aung San Suu Kyi from house arrest. The leader of the National League for Democracy, who was awarded the Nobel Peace Prize in 1991, had spent 15 of the past 21 years confined to her home.

In 2012, Syria's information minister, Omran Zoubi, said there is no power in the world that can topple President Bashar al-Assad. He said all efforts to replace Assad are futile.

In 2013, the U.S. Department of Health and Human Services reported that 106,185 people had chosen health plans in the new Affordable Care Act marketplace through October, about 20 percent of the number expected. The new health system had been plagued by problems with its federal website since it opened Oct. 1.

In 2015, a series of coordinated terrorist attacks across the French capital of Paris claimed the lives of 130 people and left 368 others injured. More than 100 people were taken hostage at the Bataclan music hall where the band Eagles of Death Metal were playing, while gunmen and suicide bombers targeted other areas of the city, including the Stade de France where France and Germany were playing an international soccer match.

A thought for the day: "The soldier above all others prays for peace, for it is the soldier who must suffer and bear the deepest wounds and scars of war." -- Gen. Douglas MacArthur 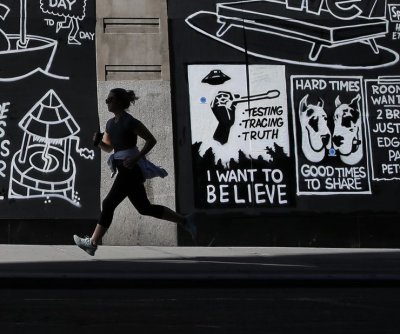 Top News // 5 hours ago
UPI Almanac for Thursday, July 2, 2020
On July 2, 1917, Greece declared war on the Central Powers, joining World War I on the side of Britain, France, Russia and Italy.

Top News // 5 hours ago
On This Day: Greece joins World War I
July 2 (UPI) -- On July 2, 1917, Greece declared war on the Central Powers, joining World War I on the side of Britain, France, Russia and Italy.