On Sept. 23, 1959, Soviet Premier Nikita Khrushchev visited the corn fields of Iowa to find out what made the American farmer tick and urged that the earth "be furrowed by plows, not rockets and tanks." 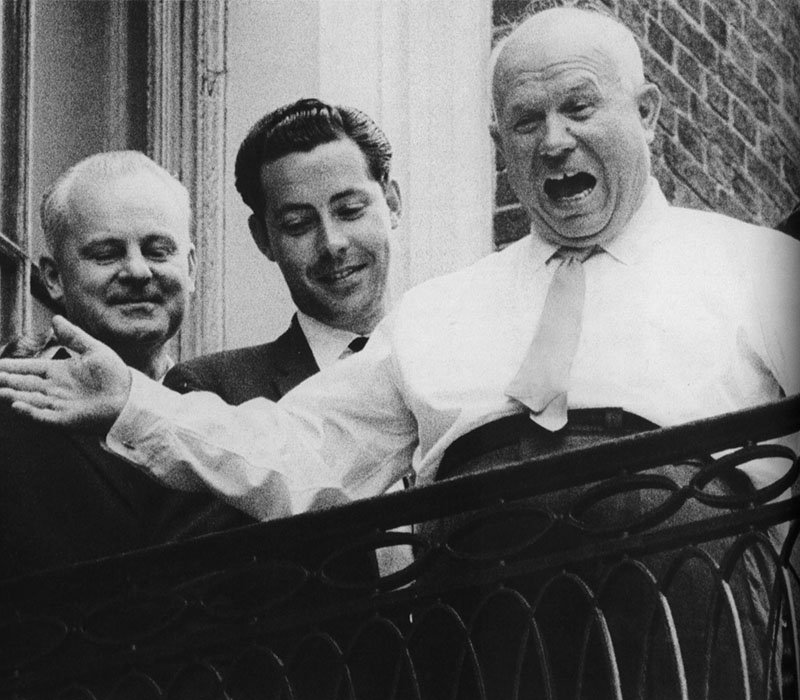 Soviet Premier Nikita Khrushchev visited the corn fields of Iowa in September 1959 to find out what made the American farmer tick. Khrushchev is pictured during a visit to New York City in 1960. Photo by Gary Haynes/UPI

In 1806, U.S. explorers Meriwether Lewis and William Clark returned to St. Louis on their historic journey from the Mississippi River to the Pacific Coast and back.

In 1846, German astronomer Johann Gottfried Galle discovered the planet Neptune at the Berlin Observatory. Neptune generally is the eighth planet from the sun.

In 1909, Gaston Leroux's "Phantom of the Opera" was published.

In 1950, the U.S. Congress adopted the Internal Security Act, which provided for the registration of communists. It was later ruled unconstitutional by the Supreme Court.

In 1959, Soviet Premier Nikita Khrushchev visited the corn fields of Iowa to find out what made the American farmer tick and urged that the earth "be furrowed by plows, not rockets and tanks."

In 1966, a Rolling Stones' concert at England's Royal Albert concert hall was halted temporarily when screaming girls attacked Mick Jagger onstage. The riotous enthusiasm of the fans resulted in a ban of pop concerts at the hall.

In 1973, Juan Peron was again elected president of Argentina after 18 years in exile. His second wife, Isabel, who became vice president, and succeeded him after he died 10 months later.

In 1991, 44 U.N. inspectors were detained in Baghdad after attempting to remove secret Iraqi plans for building nuclear weapons. They were freed five days later.

In 2005, a fire killed 23 people on a bus carrying Texas nursing home evacuees from Hurricane Rita.

In 2008, a 22-year-old student killed 11 adult students and himself at a vocational college in Finland 205 miles north of Helsinki.

In 2014, U.S. President Barack Obama, speaking at a U.N. Climate Summit, warned of the "urgent and growing threat of climate change." Obama said countries such as the United States and China must lead the way in efforts to reduce pollution. "We have a responsibility to lead," Obama said. "That's what big nations have to do."

A thought for the day: British Prime Minister David Cameron, in a 2013 speech on making the Internet safer for children, said, "I want to talk about the Internet, the impact it is having on the innocence of our children, how online pornography is corroding childhood and how, in the darkest corners of the Internet, there are things going on that are a direct danger to our children, and that must be stamped out."

Top News // 45 minutes ago
On This Day: Senate establishes committee to probe Watergate
Feb. 7 (UPI) -- On Feb. 7, 1973, the U.S. Senate voted to set up a committee to investigate a break-in at Washington's Watergate complex.

World News // 1 hour ago
U.N. head fears war in Ukraine is widening as world watches
Feb. 7 (UPI) -- As the war in Ukraine nears one-year old, the head of the United Nations said he fears it may be expanding into a wider conflict as the world looks on.

U.S. News // 3 hours ago
Officials: Controlled release of toxic chemicals from derailed train in Ohio completed
Feb. 6 (UPI) -- A controlled chemical release from several rail cars that were part of a train that derailed in Ohio late last week has been completed, officials said.

More than 4,000 dead in Turkey, Syria after two powerful earthquakes