On Aug. 29, 2005, Hurricane Katrina slammed ashore on the Gulf Coast killing more than 1,800 people and caused an estimated $125 billion in damage. 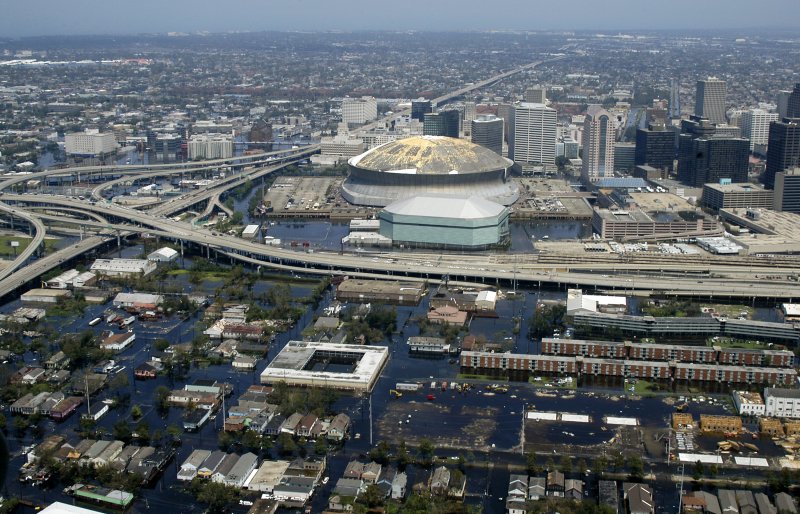 In 1533, Atahualpa, last of the Inca rulers, was strangled under orders of Spanish conqueror Francisco Pizarro. The Inca Empire died with him.

In 1949, the Soviet Union exploded its first atomic bomb at a remote test site at Semipalatinsk in Kazakhstan.

RELATED From the Archives: 7th anniversary of Hurricane Katrina

In 1994, Israel and the PLO signed an agreement to shift West Bank administrative functions to the Palestinian National Authority.

In 2004, the Summer Olympics came to a close in Athens, Greece. The United States won the most medals, 103, 35 of them gold, led by swimmer Michael Phelps who took home six gold and two bronze medals.

In 2005, Hurricane Katrina slammed ashore on the Gulf Coast, inflicting severe damage in New Orleans and along the coastlines of Alabama, Mississippi and Louisiana. Katrina killed more than 1,800 people and caused an estimated $125 billion in damage.

In 2009, U.S. Sen. Edward Kennedy, D-Mass., who died Aug. 25 after a 15-month battle with brain cancer, was buried at Arlington National Cemetery near his brothers John and Robert.

In 2011, the Nepalese Parliament, where no political party had a majority, elected a Maoist, Babuarm Bhattarai, as prime minister after the parties failed to form a consensus government.

In 2012, India's Supreme Court upheld the death sentence of Mohammed Ajmal Amir Kasab for his role in the 2008 Mumbai terror attacks that killed 166 people and wounded more than 200. Kasab was hanged in November.

In 2013, the National Football League denied any wrongdoing but said it would "do the right thing" and pay $765 million to settle lawsuits brought by thousands of former players who developed concussion-related brain injuries.

In 2014, Britain raised its terrorism alert level to "severe" because of the actions of extremist groups in Iraq and Syria and knowledge that many British citizens were fighting on the side of militants.

A thought for the day: "To give someone a piece of your heart is worth more than all the wealth in the world." -- Michael Jackson

Defense News // 59 minutes ago
Coronavirus diagnoses in military double in past week
April 6 (UPI) -- Coronavirus cases in the military more than doubled in the past week, to 1,435 cases, a Defense Department statement on Monday said.

Defense News // 2 hours ago
Boeing extends plant shutdowns in Washington state
April 6 (UPI) -- Boeing Co. announced an extension of a production suspension in its Washington state facilities, and signaled that layoffs and buyouts could be coming, as a result of precautions to stem the spread of COVID-19.