Gold coins found by Calif. couple may have been stolen from mint

The hoard of gold coins found by a California couple out walking their dog may have been stolen from a bank more than 100 years ago. 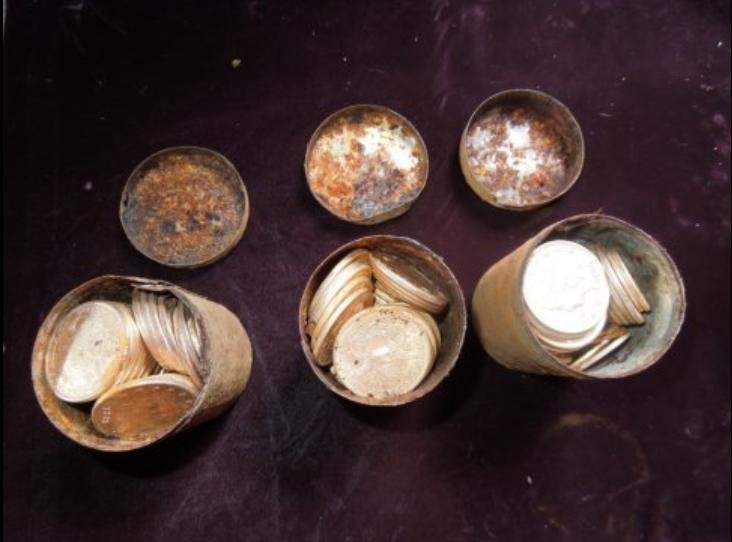 SADDLE RIDGE, Calif., March 4 (UPI) -- Millions of dollars worth of gold coins found by a California couple last year may have been traced back to a heist more than 100 years ago.

Jack Trout, a historian and rare coin collector in Northern California, uncovered a news item from the Jan. 1, 1900 edition of the Bulletin of the American Iron and Steel Association, reporting on the theft of $30,000 in gold coins stolen from the vault of the San Francisco Mint.

The 1,427 coins found last week by the couple had a face value of $27,000 and were dated 1847 to 1894. They were in mint condition and in chronological order, indicating they might have been unused.

Trout's theory is strengthened by the inclusion of one particular coin, an 1866 Liberty $20 gold piece that did not include the words "In God We Trust."

“This was someone’s private coin, created by the mint manager or someone with access to the inner workings of the Old Granite Lady (San Francisco Mint),” Trout said. “It was likely created in revenge for the assassination of Lincoln the previous year (April 14, 1865). I don’t believe that coin ever left The Mint until the robbery. For it to show up as part of the treasure find links it directly to that inside job at the turn of the century at the San Francisco Mint.”

Rare coin dealer Don Kagin said the couple plans to sell the coins, some of which may fetch more than $1 million each at auction, but first they are "loaning some to the American Numismatic Association for its National Money Show, which opens Thursday in Atlanta."

World News // 14 minutes ago
Costa Rica, Italian city among first 5 winners of Prince William's 'Earthshot Prize'
Oct. 18 (UPI) -- Britain's Prince William on Sunday night announced the winners of his first-ever "Earthshot Prize," an effort to inspire people and governments around the world to find solutions for climate change and other challenges.

U.S. News // 6 hours ago
D.C. metro removes 60% of trains amid NTSB investigation of derailment
Oct. 18 (UPI) -- The metro service for Washington, D.C., said late Sunday that it has removed 60% of its railcars from service following last week's train derailment.

U.S. News // 9 hours ago
Police: 3 dead, officer stabbed in Arkansas
Oct. 17 (UPI) -- Three people are dead and an officer was stabbed while responding to a domestic violence situation at a residence in Fort Smith, Ark., early Sunday.
Advertisement