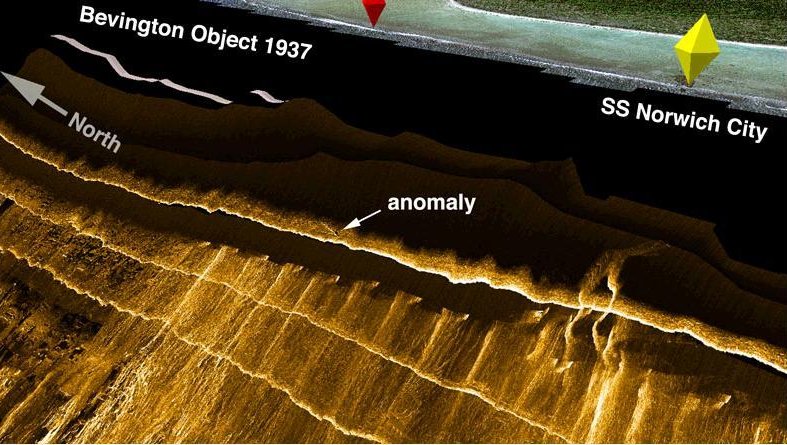 Images from the 2012 TIGHAR expedition, in which the group believes it located Earhart's plane.

The group conducting a search for Amelia Earhart's plane strongly denied charges they had found the aircraft in 2010 and hid it from donors.

Timothy Mellon, the son of philanthropist Paul Mellon and a major contributor to The International Group for Historic Aircraft Recovery sued the group on June 3, alleging TIGHAR found the famed airplane in a 2010 expedition, then hid the news so it could keep fundraising.

Mellon donated $1 million that helped fund the 2012 expedition that may have indeed turned up the long-awaited evidence of Earhart's plane.

"When you've got this kind of money, you can put together these kinds of lawsuits," Gillespie said. "But our group has been totally open with any discovery."

Mellon's suit claims the images collected in the 2010 expedition show not only the missing Electra wreckage, but the dismembered remains of both Earhart and her navigator Fred Noonan, Earhart's banjo and guitar, flyswatter and rolls of toilet paper.

The TIGHAR website says the group investigated Mellon's claims and forensic experts said the footage did not contain evidence of Earhart's disappearance.

"Despite the lawsuit, TIGHAR will always be grateful to Mr. Mellon for his contribution to the 2012 expedition and respects his right to interpret the imagery any way he choses," the group wrote on its website. "TIGHAR also maintains that the allegations in the lawsuit are entirely without merit and TIGHAR will defend itself fully."

When the group announced the possible discovery of Earhart's plane last month, they noted the object spotted in images from the 2012 expedition was in a location not previously searched.

U.S. News // 41 minutes ago
CIA says most cases of 'Havana Syndrome' probably not caused by foreign enemies
Jan. 20 (UPI) -- "Havana syndrome," the name given to mysterious ailments experienced by American diplomats in Cuba and other locations overseas, is unlikely caused by a foreign adversary, according to a report by the CIA.