The Kerry-Lugar bill to provide $1.5 billion a year to Pakistan for the next five years passed Thursday in time for Obama to announce it at a New York summit meeting of the Friends of Democratic Pakistan.

Zardari said Pakistan has made progress in the past year under democratic government.

"We have a message for the extremists: There's no place for them in the civilized world," he said.

British Prime Minister Gordon Brown, who addressed a joint news conference with Zardari after the meeting, was quoted as saying "leaders from more than 20 countries" expressed confidence in the new government in Pakistan. He also announced a separate aid of 50 million pounds for the areas bordering Afghanistan, Dawn said.

U.S. News // 3 hours ago
FBI: Human remains found in Wyoming 'consistent' with description of Gabby Petito
Sept. 19 (UPI) -- Human remains have been found Sunday at a national forest in Wyoming where authorities were searching for a Florida woman who went missing during a cross-country road trip with her fiancé who returned home without her. 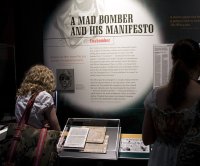